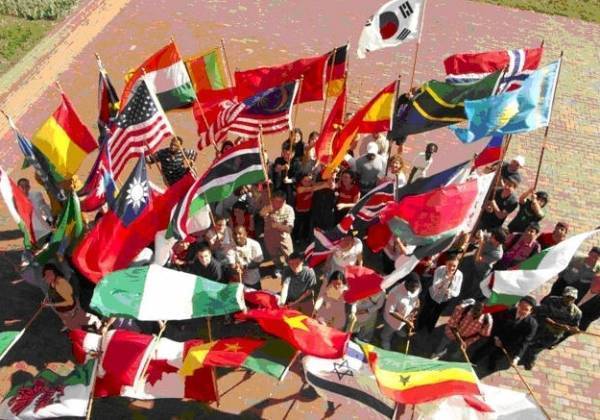 Most of the incoming 300,000 students prefer not to leave the country once they have finished their studies. For Education Minister Johanna Wanka the reality in Germany is certainly "better than the reputation".

Germany is becoming more attractive to foreign students, with nowadays more than 300,000 of the 2.6 million students in Germany hailing from other countries. No tuition fees, more job opportunities and technological development are the main reasons for the increasing number of foreign students in the country, according to Education Minister Johanna Wanka.

There are already in place some measures to ensure Germany continues to be a favourite destination for students from all over the world. Wanka explains the German Ministry of Education is implementing an "Africa-strategy" to attract more african students (which represent only 10% of the incomers). A greater number of classes taught in english is also being offered in most german Universities to ensure foreign students choose Germany as the place for their studies.

More than 1,000 master degree courses in English are already being offered at German universities. However studies show that many of these young foreigners are not only keen on studying in Germany, but also on learning the German language. Quite often, it seems, English gives them an entry to Germany, but after a while they show an interest in German. Both the universities and the Goethe-Institut offer a wide range of German courses.

Wanka describes academia as an international pusuit. "There isn't a single academic field that can afford to seal itself off and exist autonomously in one country. That's why we cannot do without international networking and cooperation. Besides, spending some time abroad strengthens the students' intercultural and linguistic skills, which will help them during their professional careers. A small country such as Germany is particularly dependent on international networking, which means both getting involved in other countries, and getting more people worldwide to develop an interest in Germany so that they will stay with us at least for some time."

Ines is a recent journalism Graduate from the University of Coimbra (Portugal). She also has a Graduate Degree in Journalism from ISCTE-IUL (Lisbon, Portugal).