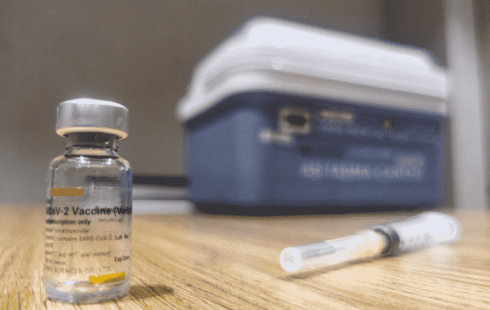 According to information from government circles published by the business magazine "Business Insider", a large delivery of several hundred thousand vaccine doses from the company Moderna is cancelled at the end of April. According to an overview of the Federal Ministry of Health, between 627,600 and 878,400 doses from the company were specifically expected for the 17th calendar week (April 26 to May 2). But apparently nothing will come of it now.

The shortfall may have serious consequences for the vaccination campaign in Germany. Since Astra-Zeneca is also delivering fewer doses than expected in the short term, the gap will have to be filled by Biontech. But the German manufacturer's production is already running at full speed. "Since we have hardly any reserves, but at the same time dozens of vaccination appointments are already booked for the next few weeks, we are getting into trouble," a government representative told Business Insider. So vaccination appointments may now have to be canceled.

The reason for the supply shortfall was still unclear late Tuesday night. Moderna's delivery schedules are often very short-term, so corresponding forecasts are fraught with great uncertainty. Already in March, a shipment was cancelled at short notice.

Vaccinate available doses quickly
Meanwhile, health politicians from several parties have called for available vaccine doses to be vaccinated quickly instead of being set aside for second vaccinations. Everything that is available must be used for the first vaccination, said the health policy spokeswoman of the SPD parliamentary group, Sabine Dittmar, to the "Redaktionsnetzwerk Deutschland" (RND). "We must now ensure that as many as possible build up vaccination protection."

Union health expert Karin Maag also stressed that it was "important that we move faster with primary vaccinations." Given the expected increase in supply, available doses would have to be vaccinated without provisions for second vaccination.

Over the Easter weekend, for example, around 400,000 appointments for over-60s wanting to be vaccinated with the Astra-Zeneca vaccine were fully booked within a day in North Rhine-Westphalia. In the district of Northwest Mecklenburg in Mecklenburg-Western Pomerania, vaccination centers were open on Easter Monday for people who wanted to be vaccinated without an appointment to vaccinate leftover Astra-Zeneca doses. Here, in cities such as Wismar, interested people arrived in some cases two hours before opening and formed lines hundreds of meters long.

This Wednesday, German Health Minister Jens Spahn will meet with the health ministers of the German states to discuss a recommendation by the Standing Commission on Vaccination (Stiko) on second vaccinations. Last week, the Stiko recommended that people under the age of 60 who have already received a first Corona vaccination with the preparation from Astra-Zeneca should switch to a different drug for the second vaccination. The reason is several suspected cases of cerebral vein thrombosis. Experts suspect the very low risk affects younger people. The vaccine from Astra-Zeneca should therefore now generally only be given to people over 60. 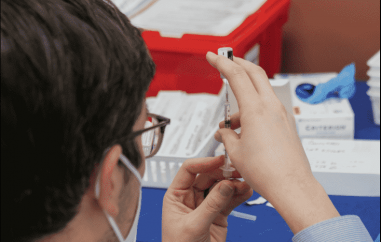 The French healthcare system is reaching its limits, for the third time since the pandemic broke out. In the capital...