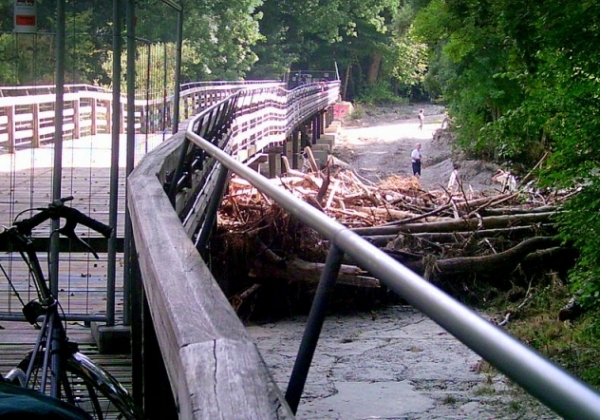 Heavy storms from last Friday caused huge damage to regions in southern Germany, especially in the forests of eastern Bavaria.

The Bavarian Forestry Administration is in the process of estimating the amount of damage caused. Hikers and oudoor pursuit enthusiasts, including hobbyists such as mushroom-hunters are warned against entering storm-damaged forests; many trees might be critically compromised and may suddenly fall over without warning. Branches and broken stems can easily become loose and cause serious injury and death.

The situation on the Isar has eased a little bit in recent days. The boat traffic ban between Lenggries and Bad Tölz has been lifted. The ban is still in effect though for the further course of the river to Munich. The river is still considered extremely torrential in many sections and a lot of driftwood remains submerged, making the Isar far too dangerous to go boating or swimming in.