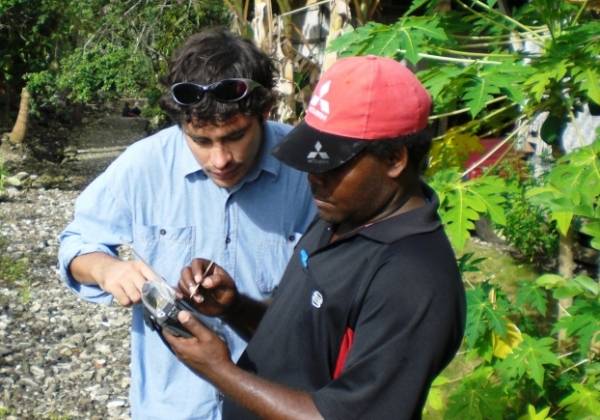 Mosquitos droning lazily in the Solomon Islands spell danger for households without mosquito netting or insecticides to protect them from malaria.

Although malaria is preventable and curable, many countries face obstacles in keeping malaria counts down.

"It's a major challenge for countries to mobilize resources once they know where the disease is," says Archie Clements, professor and director of the research school of population health at The Australian National University (ANU).

Clements has led research in the Solomon Islands, Vanuatu, and Bhutan testing an approach that helps countries track parasitic diseases, like malaria.

The international team comprises researchers from many fields, including epidemiologists and entomologists.

Clements himself comes from a veterinary sciences background.

While using maps to track Rift Valley Fever, a disease that primarily affects sheep and cattle, but also people, he saw the potential for applying the same approach in real-world control of human parasitic diseases.

The idea is simple enough. Outside of a human host, parasites rely heavily on weather conditions for their survival. Heavy rains during one summer might provide ideal breeding conditions for mosquitos, for instance, increasing risk of malaria.

"When parasites are outside [the human body], they're highly sensitive to environment, so you can predict where they'll occur based on environmental characteristics," Clements says.

Satellite data give researchers the earth's vitals, including rainfall, vegetation, and topography. Scientists have been using satellite data to track diseases since the 1990s.

"While the availability of high-resolution satellite data is improving, much can also be done with maps of disease cases and interventions," Clements says.

What makes Clements's research stand out is his team's pragmatic approach.

The researchers link the baseline geographic and demographic data with the routine information already being collected by a country's health officials.

Within the Solomon Islands, where the focus has been tracking malaria, demographic information includes things like which households have been sprayed with insecticide.

Together, these data paint a picture of where risk is highest, where the disease has hit--and where health programs must respond.

"We want to know where and when the malaria has been spotted in as close to real time as possible," says Gerard Kelly, visiting fellow at ANU, who specializes in malaria surveillance.

Kelly has worked directly with health officials in the Solomon Islands, helping them use the system to coordinate and implement malaria interventions.

Kelly assisted Clements with a pilot in the Solomon Islands, but works as a consultant for other researchers, too.

In the field, Kelly works closely with the country's health programs to figure out what challenges they face, what data they need, and what are the best geospatial tools for overcoming obstacles.

Simpler is better when it comes to these tools, say Clements and Kelly. The Solomon Islands have limited mobile phone and WIFI capabilities. Doctors or nurses often radio cases of malaria in.

"Their needs were around collecting basic data, using basic data to make decisions," says Clements. "It required a low-tech system." 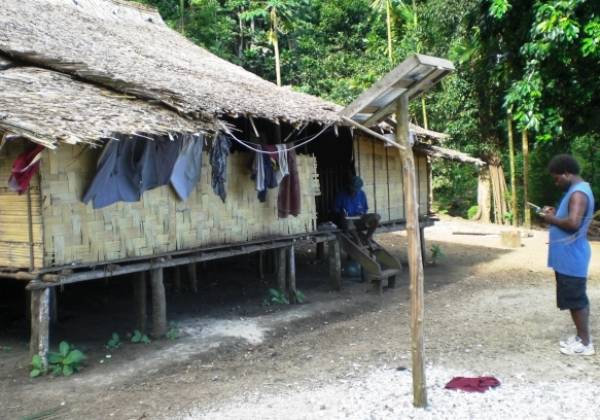 Officials in the Solomon Islands and Vanuatu have reported that they're easy-to-use and so far the systems seem to be working.

Leaders in Southeastern Asia have shown interest in the systems, too.

One of the challenges the researchers face, however, will be getting resources they need.

Creating the low-tech system won't cost much. The main investment will be human resources, training people how to use the system and implementing a solid tech support.

This brings up an interesting point.

In the 1950s, health programs mapped out mosquito breeding grounds and households in the villages by hand, hoping to eradicate malaria. They came close, but as malaria rates went down, the cause lost attention.

"I think without international attention, there's a huge danger of malaria resurgence and history has shown that that's happened," says Kelly. "And we need to be vigilant so it doesn't happen again."