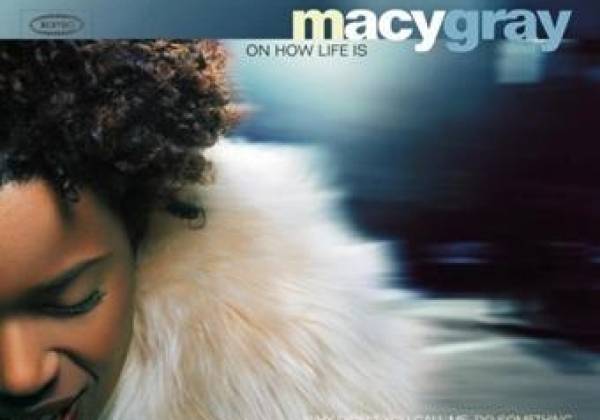 Macy Gray is quite unconventional, and for those who didn't go further than her one hit wonder "I try", the concert on 22nd February 2015 in Muffathalle would have been one without too many expectations. Not until the American singer, songwriter and producer, originally from Ohio, appeared on stage with sparkling outfit and a solid jazz band behind her to grab our attention, does it become apparent from the very first tone, that she is a very special musician.

Macy Gray's music history is not glamorous, but rather turbulent, and seeing her on stage one could tell that vainity and self-consciousness are the last things on her mind. She seemed like she didn't really care, and her appearance gave the impression she had nothing to do on this Sunday night, so she took the first flight from L.A to Munich, to be with "all those sexy people". After she opened with "Why didn't you call me", she asked the audience to say their names loudly and at once, to answer back with "Nice to meet you".

Macy Gray has released six studio albums, chronologically since 1999 until the present: "On How Life Is", "The Id and The Trouble with Being Myself", "Return to Music and Big", "The Sellout", "Covered, Talking Book" and "The Way". Her scratchy high pitch voice and rebellious-romantic lyrics were not overlooked by the industry, as Gray received six Grammy nominations and won one. Currently, Macy Gray is touring her latest album "The way", from which she performed the singles "Bang Bang", "Hands", "The Way", "Life" and "Stoned". And every time she was speaking to the audience in the hall, she kept her style and mixed the vulgar talk with attitude as if she had one joint too many, which in the end resulted in an amusing atmosphere filled with jazz R&B sound and electric guitars.

Her main inspirations in music were Billy Holiday and Stevie Wonder, to whom she paid a tribute by playing "Superstition". However, seeing Miss Gray on stage, one could not miss the rock feature there, which was brought to her by Janis Joplin and Pink Floyd. And to prove a point, she threw quite a cover of Radiohead's "Creep", to carry the audience away. The audience itself seemed very convinced why they had decided to spend their Sunday evening exactly at Muffathalle, and participated actively during the whole show, "earning" the right to see at the end the fabulously performed live NOT one hit wonder "I try", in a very honest Macy Gray way.