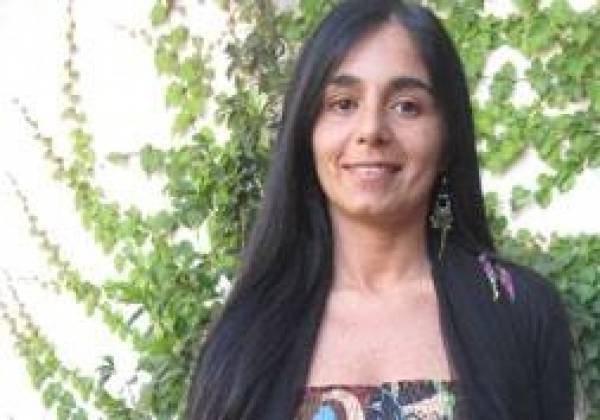 Published in late 2014 by the publishing house Ediciones Fuera del Rio (Buenos Aires, Argentina), came into our hands the precious edition in spanish of a new book by writer Ana Quiroga, who created and was in charge of the Department of Literature at Museum Malba-Fundación Costantini until 2006.

This is the fourth book of short stories published by Ana Quiroga and starts with a great circular story that reminds us some of Jorge Luis Borges writings: El cuadro adormecido (The sleeping picture), where art imitates nature and ends forging the reality of the lives it touches.

Thirteen short stories that compel us to read in one go, or if you prefer, can be read slowly to savor the unfathomable mysteries and crossroads facing the characters in each story. In them we see through a word, a phrase or an accurate picture, the deep interior of the protagonists, which allows us to cover in one reading, a refined vision of their lives, people like any of us, that sometimes must go through tragedies or joys, climax moments or years of sacrifice and hard work to bring sense to our lives.

The fragility of life, the possibility of changing or not the course of a life, relationships, family or friends, are some of the axes that run stories like El Telegrama (The telegram), Un boomerang de la época de mi infancia (A boomerang from the time of my childhood), Mi cepillo de la Patagonia (My brush from Patagonia), or Un pasado ínfimo (That paltry past). In contrast at Hay gente que no aguanta nada (Some people cannot stand anything), we can see how hard labor and social reality of Argentina shows up, where what is built with sacrifice and work can disappear in a puff due to the cruel ups and downs that the local economy suffer.

There is also room for police kind story in El joven de la armónica (Harmonica young man) and Un asunto doméstico (A home matter), where the plot is resolved by crime and the protagonists may, unnoticed, achieve impunity.

A distinction in a separate paragraph to Otro día difícil (Another difficult day), a story that situate us in a dystopic future, a successfully achieved science fiction story, when we finish reading it one cannot help but remember the best stories of Isaac Asimov's or Philip K . Dick. 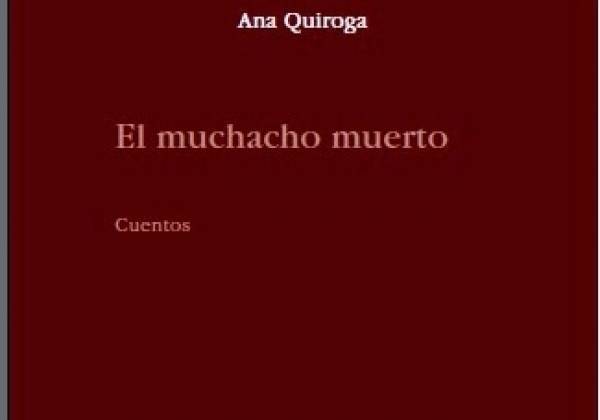 El muchacho muerto (The Dead Boy), the title of the book, is the last of the thirteen new stories that Ana Quiroga presents. When you finish them, the reader wants to read more, to know more about the lives of the protagonists, or re-read the first two short stories books published by the Argentinean publisher Ciudad de Lectores: Dormir juntos una noche (Sleep together one night 2002) and El poeta que sangra (The bleeding poet 2004).

More difficult is to find her third book, Breve postergación (Brief postponement, Havana, Cuban Book Institute, 2006) which was awarded with the Literary Award Mention Casa de las Americas and presented at the Book Fair in Havana in 2007.

An essay on his work can be found on Women and Power in Argentine, Literature, Stories, Interviews, and Critical Essays (The University of Texas Press, 2007) by Gwendolyn Díaz.

His mastery in the use of language and accuracy in every word reveals the trajectory of the writer. Formed for many years by Felix Della Paolera, Jorge Luis Borges great friend, she has been for several years a professor at the Instituto de Publicidad (ISP), University of Palermo (UP) , Belgrano University (UB) and has taught writing workshops from which emerged countless prominent advertising and cultural journalism professionals.