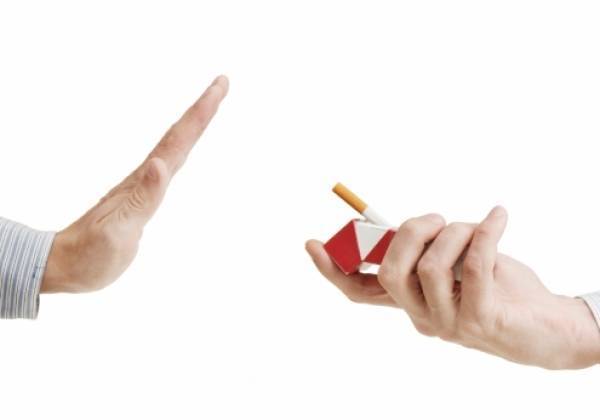 As a result we have above normal BMI (Body Mass Index) and suffer from a high incidence of some types of cancer, cardiovascular problems and diabetes.

Smoking and drinking are frequently perceived as "unwinding" and are part of the daily routines for many of us. Only every now and then, when one of our acquaintances decides to quit smoking, we have a chance to observe what effect nicotine (or the absence of it) has on the human body.

Have you ever seen the quitter getting fat? I bet you did. Maybe he was eating to get over his stress or he was just keeping his hands busy in a non-smoking way. But have you ever thought that maybe he was just... quitting?

All of us have a group of genes that makes us receptive to rewarding stimuli in general. This does not only mean nicotine and alcohol, but also cocaine and food. Small changes in the genetic code of these key genes are associated with heavy smoking and their frequency increases with time. These genetic changes make test animals more tolerant to higher doses of nicotine and cocaine and maybe this is how such changes affect humans.

The use of nicotine results in decreased food intake and maybe this is why many slim models like to have a smoke in-between photo shoots. This food craving reduction is, from a genetical point of view, achieved in more than one way. But here comes an interesting, new discovery: the gene variant involved in lowering BMI of smokers is also responsible for increasing BMI in... non-smokers! In other words, if you smoke your genes will help you keep slim, while if you do not, your genes will help you put on weight.

This finding was published in December 2014 in the journal of PLOS Genetics. An international group of scientists analysed data acquired from almost one hundred and fifty thousands never smokers, former smokers and current smokers. All of them were at least 16 years old, had European ancestors and smoked cigarettes. Current or former smokers of cigars or pipes but not cigarettes were not considered for the study.

The study was led by professor Marcus Munafò from the UK Centre for Tobacco and Alcohol Studies, University of Bristol. He said: "Smoking itself reduces BMI, the association of this genetic variant with BMI only became apparent when we looked at non-smokers and smokers separately."

BMI shows the dependency between individual's weight and height. Only slight changes in height were observed among participants, but their weight was significantly influenced. The researchers reported 0.09 [kg/m2] increase in BMI in never smokers while reaching 0.19 [kg/m2] BMI reduction in current smokers. "We have found (unexpected) evidence. We can only speculate as to the possible mechanism underlying this direct association with BMI", commented Professor Munafò. The same effect was observed for women and men, so the gene function is not altered between sexes.

Sounds like good news for smokers, bad for non-smokers? Really not!

Although keeping your BMI within a healthy range is more than welcomed (above average BMI is a risk factor for many "western world" chronic diseases), the end does not justify the means. Positive scientific news related to smoking is rare but the damaging effects of prolonged smoking are well known and greatly discussed. A healthy and balanced lifestyle - smoke free - is the better choice in the long term. More on that in the coming weeks and months.


its good to AVOIND NICOTINE TYPE OF DRUGS


its good to quit away from smoking