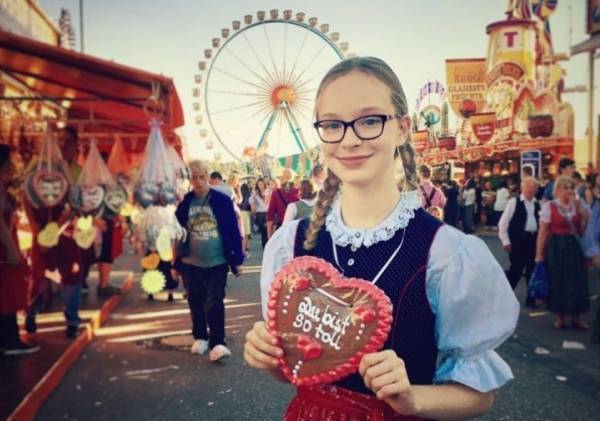 Safety precautions for the Wiesn are being further expanded in 2017. For the first time police will patrol the festivities equipped with bodycams. This is intendend to prevent crimes as well as facilitating their investigations afterwards. Police staff will also use a new internal messenger service, enabling them to exchange mug shots and information much faster via smartphones.

Furthermore, some of the already existing video cameras are going to be replaced by cameras with a better resolution.

Many of the security measurements from recent years will be maintained such as the fences around the Oktoberfest and the backpack ban.

At the presentation of the new concept, Bavaria's Minister of the Interior, Joachim Herrmann, emphasized that it is not intended to turn the Wiesn into a fortress. But it would be irresponsible to not take the threat of Islamic terrorism seriously.


Interesting to see they will wear body cameras. Off topic, but what a beautiful young lady in the photo. The dirndl is the sweetest national costume in the world.