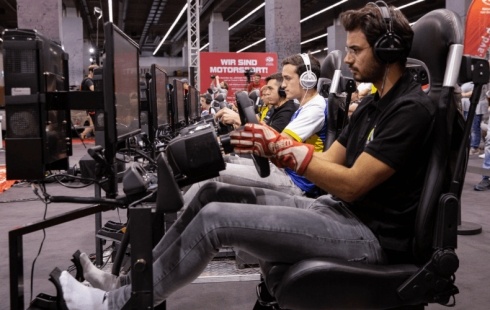 Munich has been awarded the contract for the largest motor show in Europe, the International Motor Show IAA, as the German automobile association VDA announced on Tuesday, March 3 2020.

The International Motor Show (IAA), which is over 120 years old, is one of the most important motor shows worldwide. Due to falling exhibitor and visitor numbers in the run-up to the last fair in autumn 2019, the VDA announced that they would fundamentally rethink the previous trade fair concept and its location. The last impetus was given by mass protests from climate protestors and car opponents on the fringes of the auto show in Frankfurt.

After almost 70 years in Frankfurt, the IAA is now moving to Munich where it should evolve from a pure automotive to a comprehensive mobility platform. In addition to the fascination with cars, the fair should be the initial spark for the host city to develop into a smart city with intelligent traffic concepts and innovative crosslinks of different means of transport - sustainable and geared to people's needs. Munich and the concept the city presented offer the best conditions for this - and thus for the restart of the IAA - as the VDA board announced in its reasoning for their decision.

Next to Munich only Berlin and Hamburg were still in the race for the future location of the fair after the VDA had already dismissedt the traditional venue of Frankfurt and the applicants Cologne, Hanover and Stuttgart at the end of January 2020. The first Munich IAA is scheduled to take place from September 7th to 12th, 2021 (one week before the Oktoberfest) and then every two years.

Munich scored above competitor cities because of its experience with the "Smart City" concept, the impressive transport infrastructure and its competence at major events. As a technology and strong industrial location, which is home to numerous high-tech groups, start-ups and research institutions as well as innovative companies in the automotive industry, Munich is seen as an excellent partner for realigning the IAA.

Munich is planning a much smaller car fair for trade visitors. Instead of a huge 11,000 square meter exhibition halls for individual car groups, there shall only be stands with less than 2,000 square meters. The new IAA focuses on event platforms in the Olympic Park and in the city center, where the public can test autonomous, electric and hydrogen cars and try out crosslinks with other means of transport.

Bavaria's Prime Minister Markus Söder and Mayor Dieter Reiter of Munich were satisfied with the move of the IAA to Munich, and the Bavarian business associations also welcome the IAA in the city: the auto show promises half a billion euros in sales.