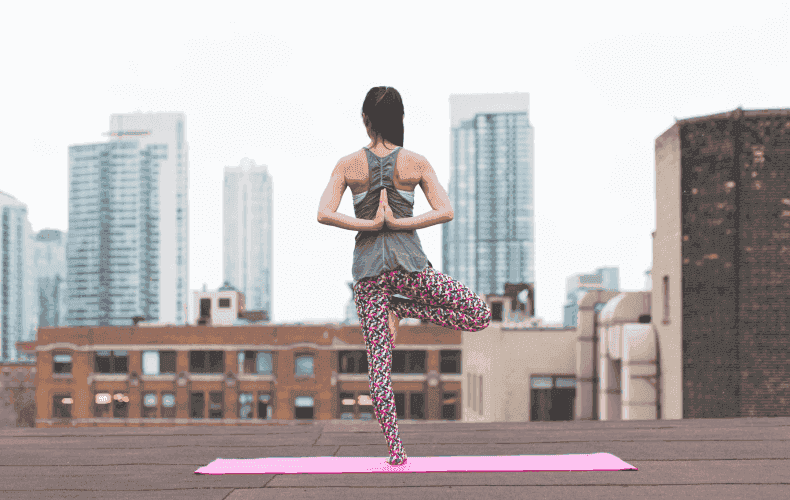 We all love a good East meets West moment, and there's perhaps no bigger coming together (or clash) of the two than yoga. The ancient discipline has had deep roots in the traditions of India for many thousands of years, but it was only in 2016 that yoga reached its real heights, obtaining UNESCO status as "intangible cultural heritage" and finding its way onto the Instagram pages of millions.

You will have to excuse me; I can't help but take a little dig at "selfie yoga" before delving into what truly is a universally beneficially practice. Yoga, whether you take a photo of it or not, is good for you. Mystics have known it for centuries, and now, scientists have confirmed it to be true, which is music to our naturally skeptical ears.

Life can be quite stressful, and the workplace even more so. At any given time, one in six workers suffers from stress or mental illness, according to researchers at Occupational Medicine. Yoga is only one of the ways in which employees find relief from this stress.

Up until now, research on whether yoga can reduce stress has been quite vague and contradictory, with conclusions ranging from "very effective" to "no effect." However, a recent meta-study has shown that yoga does indeed have positive benefits.

The research analyzed previous controlled trials of adults who used yoga in the workplace, with an analysis of the relevant studies concluding that yoga has a positive effect on mental health in the workplace, especially when it comes to reducing stress. The paper acknowledges that larger studies are necessary to confirm and elaborate on this finding.

Yoga is indeed a holistic activity and one from which modern society can benefit. Those who have a sedentary job, such as office workers, freelancers and online poker players, can benefit from introducing yoga, if only for stretches and movement. Indeed, there are plenty of yoga postures that you can practice from a sitting position, such as the seated twist and backward arm cross.

Yoga helps in reducing the chronic stress associated with a fast-paced environment, keeping the body aligned, and dare I say, reaching for a union with something higher. (We'll leave that one for now, eh?)

Aside from that, science has come up with more and more reasons why you should give yoga a try. We have already mentioned stress in the workplace, but yoga has also helped with:

Research continues to show the positive impact of yoga on health and well-being. Although originally (and still) a spiritual path, yoga has found its place among the rush and stresses of modern society as a way to still the body and mind and reduce the anxiety associated with a modern lifestyle. While there has yet been any research to show the effectiveness of posting a selfie of the various poses, we can now say with some confidence that yoga is a good thing.