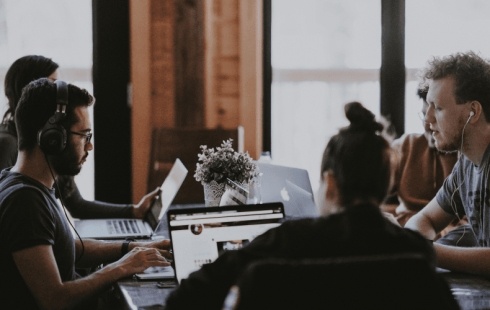 Germany has gained a reputation in recent times for being one of Europe's best countries in which to create a new business. With well-designed infrastructure and available funding opportunities, it's no surprise that startup companies within the country have thrived in recent years. So, let's look at which markets are proving fruitful to German startup businesses.

Over the last few years, the continued development and integration of artificial intelligence has ensured that numerous startup businesses in Germany have had the necessary foundations needed to thrive. Importantly, AI seeks to revolutionise the outlook of modern-day companies by adopting a more forward-thinking approach which utilises a computerised perspective to responsibilities that previously required human intelligence. Throughout 2019, heightened numbers of German-based companies were employing AI, with, in a report by Hannover Messe, Bitkom suggesting that 12 per cent of the country's organisations were already levering AI and machine learning.

Fundamentally, this new-found success can be somewhat attributed to the Western European country's undeniable focus on advancing the powers of computer systems, despite pre-existing fears that Germany were falling behind other international players in this particular field. Silicon Canals report that Luminovo, a Munich-based company that was founded three years ago back in 2017, has, since then, raised approximately £1.74 million in pre-seed financing rounds. Like many contemporary businesses utilising AI, Luminovo specialise in the electronics industry, with their latest development possessing the potential to save around 67 per cent of functional tests during chip development.

Aside from Luminovo, Ada Health are a prime example of just how fruitful an AI approach can be to new, emerging businesses. The now four-year-old company, which is based in Berlin, has, since entering the market, raised just over £55 million for the development of their AI-powered virtual health assistant. Moreover, the recent growth of the business has resulted in Ada being integrated with Apple Health to enhance AI's long-term capabilities.

As demonstrated above, AI has proved to be one of the most fruitful industries for start-up businesses in Germany in recent years. However, it is not the only sector that has aided the growth of modern-day companies in the Western European country, as start-up organisations with a gaming focus have also been successful. Crucially, over the coming years, this market and the number of businesses that are based in this field of the entertainment industry are only likely to grow will the development of video games now being financially supported by the German federal government.

According to a report by Tracxn, there are now 264 gaming startups throughout Germany, which is a testament to the market's rising popularity. Moreover, with increasing numbers of gamers across the globe now preferring smartphones as their platform of choice, as per a survey by Tappable, it's no surprise that mobile games developers, such as Klang Games, have been successful. The Berlin-based company are currently working on a massively multiplayer online game called Seed. To date, Klang Games have raised over £16 million to aid with its development. Regarding the company's growth, their upcoming release is a long way from their first venture into the gaming world, which was a side-scrolling multiplayer racing game.

Moreover, startup businesses throughout Germany have also benefited from the country's breakthrough laws regarding the regulations surrounding the iGaming market. Since being founded back in 2016, Wunderino has become one of the most reputable online casinos throughout Germany, as they ensure security of personal details, such as deposits and withdrawals, as well as offering no deposit bonuses and free spins. Moreover, Crowdpark, a casino game developer based in Berlin, also showcase both the country's online gaming growth and iGaming startup potentials. Since being founded 11 years ago, they have created several popular games, including Golden Empire Casino and Pet Vegas.

As highlighted by the above markets, German has proved to be a fruitful spot for emerging businesses. Fundamentally, this is down to the country's well-designed ecosystem, which enables innovative companies to be established and built far more efficiently than in other locations. Moreover, Germany's geographical position in the centre of Europe also enhances business opportunities, which, in the future, is likely to see further numbers of startup organisations thrive across a wide array of different markets.