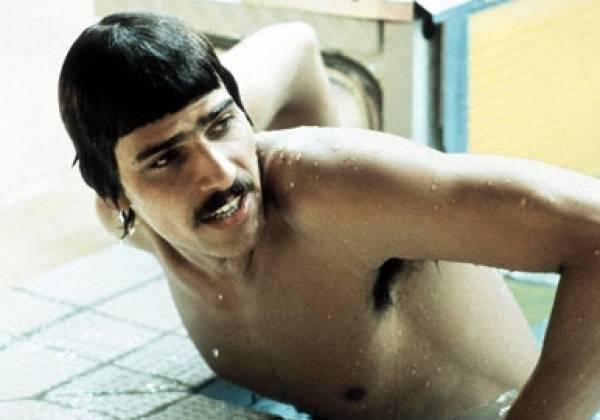 Being a child of the mid-sixties, most of my first real memories came to me in the early 1970s, with the exception of the first lunar landing (my mother was so happy she cried) in 1969. I was at the Grand Opening of Walt Disney World in October of 1971 because my father had transferred from Disneyland a few months earlier. Disney has become an empire. Early in 1972, I recall Nixon shaking hands with Chairman Mao. For many these were earth shattering events, and don't get me wrong they were big. The 1972 Olympics here in Munich were also huge. There was a dark tragedy, the kidnappings and killings, and the games will always be remembered for these. They also contained moments of sublime grace.

I was just old enough to realize in 1972 that there was something amiss going on at those Summer Games. One could hear it in the tone of sportscaster Jim McKay's voice as he recounted the terrible acts perpetrated on innocent Israeli athletes. I remember watching as men dressed like assassins seemed to be stealing the show, but I was too young to understand what was happening exactly. My parents were transfixed to the TV; much like they had been during the lunar landing some three years before, but it was a much different expression this time around. These kinds of things have a tendency to stick in your mind for some time when you are a kid. Then, after the sad resolution to the kidnapping affair, when the whole Olympic movement was in doubt, and the world wondered if they were witnessing the beginning of the end of the whole competition, an Olympic saviour walked in. Or shall we say he swam in. Mark Spitz in many ways saved the Summer Olympic Games of 1972 and beyond.

The whole 1972 Summer Games seemed a bit off-kilter but Spitz gave us hope. Later, the strange ending to the USSR-USA basketball final had my father in near tears (he was born in the USSR-and very happy to have left it). Mr. Spitz being asked to leave the games early by the skittish security, who feared his being Jewish, might make him a target. But through it all Mark Spitz displayed class and empathy.

Who can forget as this handsome, large, intense gentleman obliterated the field in every swimming event he entered. He swam in seven events and won seven gold medals, setting a world record in every event! He was the most dominant Olympian ever in swimming, until Michael Phelps came along. He came before the age of Speedos and skull caps, shaved bodies, wind tunnels, and power bars. He had God-given talent, but he also had drive. He was the real deal before the age of hype. He was wholesome. He was able to parlay his Olympic gold into a career beyond the pool. He gave America something it could be proud of again as we were in the last throes of Vietnam.

Mark Spitz, that greatest of champions, was so instrumental in saving the face of the Olympic movement. He carried the torch, gave the world a reason to believe in the purity of the competition, and was gracious in his feats. Some 40 years later he sincerely congratulated Phelps on his dominance. Spitz, winning an unprecedented 7 gold medals in 7 events in the fastest times ever recorded up to that point, gave the Munich Olympics something that they could hang their hat on. Because of Mark Spitz's saving of the Olympic Movement, many were there to celebrate four short years later as Nadia Comaneci scored perfect 10's in Montreal. Spitz was instrumental in restoring mankind's hope and love for the spirit of competition that the Olympics were created to embody.