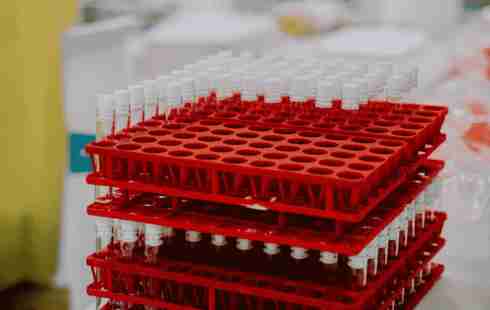 Bavaria's Prime Minister Markus Söder is campaigning for the Russian vaccine Sputnik V to be used in Germany. In an interview with the "Passauer Neue Presse" and the "Donaukurier," the CSU politician called for a decision to be made "as quickly as possible on the approval of Sputnik V."

"And we should have learned from the bad experience with the first order," Söder warned. "Therefore, this time the EU should quickly conclude all necessary contracts to get as much vaccine as possible." After all, the Corona pandemic will only be defeated by vaccination, Söder said.

Ideological sensitivities are "silly"
Thuringia's Prime Minister Bodo Ramelow (Left Party) complained in the "Welt" newspaper about reservations in West Germany about the Russian Corona vaccine. "I am not fighting for Sputnik V just because it would come from Russia, but I am of the opinion that we should buy all the vaccines we can," Ramelow said. "This has nothing to do with party politics or any closeness to Moscow that I am being accused of." He registered "West German ideological sensitivities on this issue, which I find silly."

Sputnik V must be tested like all other vaccines, Ramelow said. "But the framework agreement could have been concluded long ago. That should now happen soon." Chancellor Angela Merkel (CDU) had assured him that talks on the matter had begun, he said. According to Ramelow, Sputnik V could be tested and produced in the Bavarian town of Illertissen near Augsburg by the Russian company R-Pharm.

Söder calls for export ban
The fact that EU countries were unable to agree on an export ban for Corona vaccine produced in Europe at their summit met with criticism from Söder. "The EU is unfortunately sending the wrong signal," the Bavarian head of government told "PNP" and "Donaukurier." He said it was "difficult to convey to people that we in Europe have real problems with vaccine progress, but are the most export-friendly in the world when it comes to vaccines."

As a result, "urgently needed capacities for our own continent are missing," Söder said. Export controls are "only a first step"; in his view, it would be "more honest and better" to impose an export ban now.

So far, the Corona vaccines from Biontech/Pfizer, Moderna, Astrazeneca and Johnson & Johnson have received EU-wide approval. For Sputnik V, the EU Medicines Agency (EMA) has started a so-called rolling procedure for approval. After France's Foreign Minister Jean-Yves Le Drian accused Russia on Friday of misusing Sputnik V as a "means of propaganda," the German government again signaled its willingness in principle to use the Russian vaccine once it has been approved by the EMA.