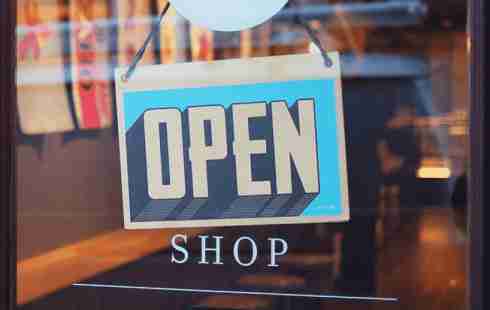 Retail stores in Rostock reopened yesterday. "It's wonderful," raves a customer with many shopping bags in the "Ostsee-Zeitung". She and her mother spent no less than 1,000 euros on clothes and shoes. And Peter Magdanz from the Rostock city center initiative cheers: "The city center is alive again."

With an incidence of around 25, the value is far below the critical mark of 50 per 100,000 inhabitants, below which relaxations are currently possible. It is even below 35, so that even shopping without an appointment is permitted.

However, life only pulsates for the Hanseatic citizens themselves. Citizens from the Rostock district are not allowed to stay in the city center for the time being. That's because the incidence around the city is just under 100, so the rural population has to stay out.

And for the Rostockers themselves, customers will also have to provide their address in the stores or use the contact tracking app "Luca" - as long as the QR code required for this is actually displayed in the stores. Often, this apparently did not work right away.

This is in addition to state-wide relaxations in Rostock, where the following holds:

For contact tracking, Mayor Claus Ruhe Madsen relies primarily on the app "Luca." Behind it is, among others, the rapper Smudo from the Fantastic Four. Little is being said about the drastic erosion of civil freedom these types of apps bring.

Instead of writing their name and address on a piece of paper in every restaurant, which the host then has to keep for possible contact tracing and hand over to the health department in case of infection, users of the app can document their visit to the restaurant with just a few clicks. To do so, they scan a QR code at the entrance. When they leave the restaurant again, they check out actively or - via their cell phone's location function - automatically.

Nevertheless, according to media reports, long lines formed in front of fashion stores, department stores, jewelers, bookstores and flower stores in Rostock - even though crowds are supposed to be avoided.

According to the Corona rules, only a limited number of customers are allowed into the stores at any one time. So sometimes stores did without customer documentation altogether. And this despite the fact that police and public order officers were on patrol in Rostock.

"In the city area, 20 task forces were on patrol, which on the one hand should enforce hygiene rules in public areas, but also monitor the situation in the stores," the police said. "No violations were found in the first rush to the stores."