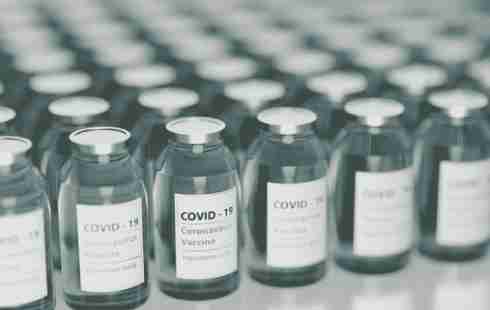 An EU export ban on the Corona vaccine made by British-Swedish manufacturer Astra-Zeneca is drawing closer. "We will act," EU Commission Health Director General Sandra Gallina tells the EU Parliament.

The head of the EU's vaccination program, Sandra Gallina, is determined to secure doses produced in the Union by Astra-Zeneca. "We intend to take action," Gallina told MEPs on Tuesday. He said the EU will use "all the means at our disposal" to get the Astra-Zeneca doses. Gallina did not say what those means might be. Only one of five Astra-Zeneca manufacturing sites listed in the contracts currently supplied vaccines to the EU, he said. "It's a disgrace, it's reputational damage."  This is in stark contrast to the EU's misinformation campaign against the Astra-Zeneca vaccine, which undoubtedly has cost lives.

EU Commission President Ursula von der Leyen has already brought an export ban on vaccines from Astra-Zeneca into the discussion. Commission representative Gallina ruled out that the EU would also block vaccine exports from other manufacturers. Biontech/Pfizer and Moderna, for example, would fulfill their commitments to the EU, "and that's what counts for us," the Italian said.

The EU's anger is directed primarily at the the United States and Britain, which have exported little to no vaccines. It is worth noting that both countries are performing far better then the EU in managing the vaccine rollout, which for the EU has been a disaster of mismanagement and poor planning. The British-Swedish company Astra-Zeneca had most recently announced that it would deliver 100 million vaccine doses to the EU by the end of June. This is only about one-third of what the company has contractually promised. The contract lists two factories in the United Kingdom, one in the Netherlands and one in Belgium as production sites. Another facility in the United States is listed as a fallback option. Currently, however, only the Belgian factory produces vaccine for the EU.

The issue is likely to come up at the video summit of EU leaders on Thursday and Friday. A Dutch government representative spoke in favor of a compromise in principle. An export ban would be a "lose-lose scenario." But The Hague would follow the Commission in its decision - and enforce the export ban if necessary, he added. German Chancellor Angela Merkel (CDU) assured Commission President von der Leyen of her support Tuesday night. "We have a problem with Astra-Zeneca," she said following the conference with the prime ministers. Criticism, on the other hand, came from Ireland. On Monday, head of government Micheal Martin spoke out strictly against export bans.

Some commentators blame the EU for this fiasco and point to its damaging leadership during the pandemic and its vindictiveness towards the UK as part of its BREXIT ill-treatment and warning to other EU member states thinking of secession.