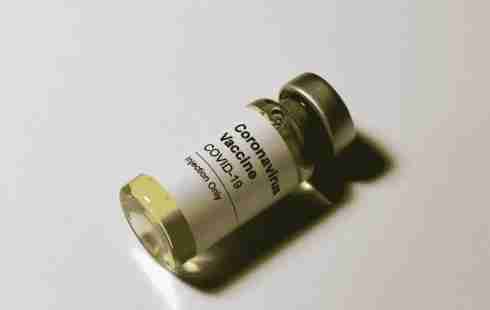 According to a decision by the European Medicines Agency (EMA), the Coronavaccine from Biontech/Pfizer can in future also be stored temporarily at less low temperatures. This makes vaccination also possible by general practitioners.

As the EMA announced on Friday, the Biontech/Pfizer vaccine can be stored for up to two weeks at temperatures between minus 25 and minus 15 degrees, and thus in standard pharmaceutical freezers, for example in pharmacies.

Biontech vaccine: USA had already relaxed regulations on storage
When the vaccine was approved in the EU at the end of December 2020, it was considered tricky. In Germany, for example, it was required to be stored in ultra-low freezers at minus 90 to minus 60 degrees. But by early December, Biontech had said the vaccine could also be stored in standard refrigerators without losing stability.

In February, the U.S. Food and Drug Administration (FDA) finally relaxed the regulations on storage of the Biontech vaccine*. Now the EMA has followed suit. It should therefore not be long before the green light is also given in Germany.

EMA approves vaccine production at new Biontech plant in Marburg, Germany
However, the decision on storage was not the only one today. The EMA also granted approval for the new Biontech plant in Marburg to produce the vaccine*. The mRNA active ingredient, from which the vaccine is then extracted, has already been produced there since February. In future, Astrazeneca vaccine for the EU may be produced at the Halix plant in Leiden, the Netherlands.

According to Biontech, with the approval, the Marburg plant is now one of the largest mRNA vaccine production facilities in Europe and worldwide. The first batches from there could be shipped as early as the second half of April.

Meanwhile, in the dispute between the EU and Astrazeneca* over supply volumes, which has been simmering for weeks, a drastic decision is on the horizon. According to the Reuters news agency, the European Union wants to impose an export ban on vaccine doses produced within the EU by the British-Swedish manufacturer.

EU Commission chief Ursula von der Leyen would thus make good on her threat against Astrazeneca in the supply dispute. The export ban is to apply immediately and until the company fulfills its delivery promises to the EU, said EU Internal Market Commissioner Thierry Breton. Most recently, the discovery of an Astrazeneca warehouse in Italy caused a stir.