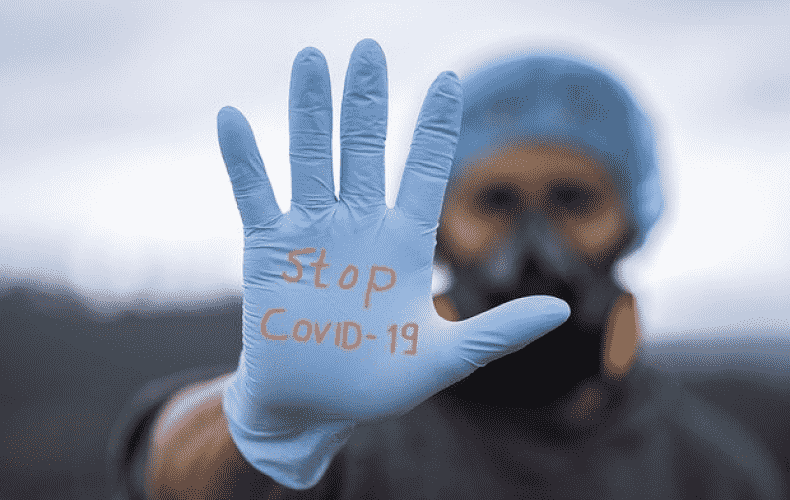 What follows is a breakdown of the most recent Corona news as the Bavarian state parliament convenes to discuss the latest actions. Firstly and most importantly, less than a week after the latest Corona resolutions by the federal and state governments, the Bavarian parliament is expected to pass an extended lockdown until mid-February. So far, the measures to contain further infections have only been in place until the end of January and the extension on Wednesday is considered a formality.

Drugstores and supermarkets allowed to sell full product range again
Supermarkets larger than a certain size and drugstores are allowed to sell their entire product range again in Bavaria. After the Augsburg Administrative Court overturned several sales bans on certain products, the Bavarian Ministry of Health had also adjust its over-inflated enforcement instructions on the Corona rules. Previously, large supermarkets and retailers in several Bavarian cities had had to close off shelves with items such as toys, sportswear or household goods. In imposing the sales bans, the municipalities had referred to the Ministry of Health's enforcement instructions on the Corona rules.

CSU and Freie Wähler call for exit strategy for corona lockdown
By an urgent motion, CSU and Freie Wähler demand that the state government develop a strategy for the ending of the lockdown. "As the numbers continue to fall, however, the state parliament also sees reason for concrete steps and preparations to reopen more social life and social contacts with prudence and caution," reads the motion, which will be voted on Wednesday in the state parliament. At the same time, however, the motion also relies on the extension of the lockdown until 14 February. "The Landtag notes that these strict measures are beginning to have an effect and that the incidence of infection in Bavaria is slowly but noticeably declining. Nevertheless, in the view of the Landtag, it remains right to continue to reduce the number of new infections to a level at which it is once again possible to trace the chains of infection," the motion continues. Another reason for the extension is the danger of a strong spread by mutated coronaviruses. "It is clear to us that the renewed extension of the lockdown until mid-February will place a heavy burden on families, businesses and the entire social life in Bavaria. However, people's health has top priority," claimed Bernhard Seidenath (CSU).

Every second Corona fatality victim lived in a care home
Statistics are showing that residents of nursing homes are particularly at risk of contracting Sars-CoV-2 and dying. Figures from the Ministry of Health show that the protection hoped for by politicians was probably not sufficient there and that half of all Corona deaths occur in care homes for the elderly.

Bavaria's lockdown costs up to 900 million euros per week
Apparently, the current lockdown is causing financial losses of 700 to 900 million euros per week in Bavaria, according to Economics Minister Hubert Aiwanger (Freie Wähler). So every day that trade and services remained closed equates to massive costs for the taxpayer, he said on Wednesday in parliament's question time on the Corona crisis.

Seven-day incidence in Bavaria below 100
The number of new infections in Bavaria continues to fall. The Robert Koch Institute (RKI) reports a value of 96.7 for all of Bavaria, compared to 107.0 on Monday. The incidence value quantifies the number of new infections in the past seven days per 100,000 inhabitants. Four districts in the Free State are above the 200 mark: Wunsiedel, Tirschenreuth, Regen and Passau. Meanwhile, eight municipalities and districts are below an incidence value of 50. The city of Regensburg has the lowest value at 34.6, according to information from Tuesday night.