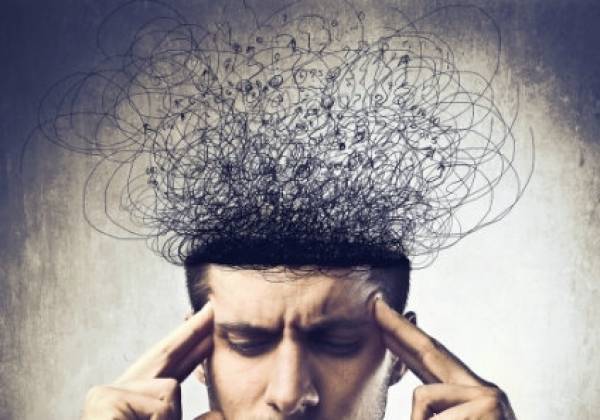 Do you enjoy sitting in solitude and thinking by yourself without fidgeting with your smartphone every few minutes? If your answer is no, do not worry, as it turns out you are not alone! A recent study published in the journal of Science by Dr. Timothy D. Wilson and his team from University of Virginia, shows that people prefer doing mundane activities as opposed to thinking!

One is virtually never alone in this day and age of incessant external inputs via Facebook and Twitter. As a result, perhaps not so surprisingly this study reports statistics from a recent survey that finds 83% of American adults spend no time relaxing or thinking in any given day. This piece of interesting data prompted a few intriguing questions posed by Dr. Wilson and his team. The basic premise of the question is, as the researchers ask - "Is this because people do not enjoy having nothing to do but think"? In this jet-setting information age, are we so overloaded with data that we do not have time to think? Or is it that, as humans we are generally wired not to do so!

In order to find an answer to this question the researchers turned to a set of people who are most likely to think -Students! A total of 413 college students participated in the behavioral research for either pay or course credit as compensation. Participants were seated in a sparsely furnished room and asked to think by themselves. The thinking period ranged from 6-15 minutes. In general, participants were asked to remain awake during the whole duration of the study and occupy themselves with their thoughts. Later, after the test, the participants were given a questionnaire and asked to rate how pleasant the "thinking period" was and if they could concentrate without distractions.

Now the impetus on thinking was paramount in this study, so there were provided with no distractions whatsoever. Despite best efforts, due to experimenter oversight an instruction sheet was left in the room by mistake. A participant was so uncomfortable thinking that he practiced origami instead! Such cases were dropped from the study sample. In order to eliminate bias, the researchers informed one group of students how long the thinking period would be and asked to follow time on a clock. Whereas, another group was not given clocks and only given a time estimate of 10-15 minutes to think. In both cases, the participants reported difficulty in concentration despite having no competition for their attention.

To further eliminate ambiguity of an unfamiliar environment influencing the outcome of the experiments, in another test, the researchers conducted an experiment where the participants could complete the task of "sitting alone and thinking" at home. Even then, participants did not enjoy thinking by themselves and reported that they had cheated by engaging in an external activity. On the contrary, when the participants were asked to engage in activities like reading a book, surfing the Web or listening to music, albeit non-social, they seemed to prefer them much more to simply thinking. Could this imply that we may actually prefer multi-tasking while thinking? Something else to be noted in this study is that, participants were not allowed to engage in any "social activity" like texting or emailing others. This raises another question - Do we think best in company of others where there is free flow of conversation and discussion versus monologue with one's own brain? Such questions could motivate further exciting research in the future.

In order to verify that these results hold good in general and is not specific to students, the researchers conducted the study with people from different walks of life. The scientists found that people in general, have difficulty in controlling their brain from other distractions and just thinking pleasant thoughts, irrespective of gender, age, profession, education or income.

Since it was now obvious that people prefer to do something even if it is mundane as opposed to nothing, Dr. Wilson and colleagues went on to ask -"Would you rather do something unpleasant rather than no activity at all"? Alarmingly enough, they found that the answer was a yes! The researchers reported that compared to the women participants, majority of the men preferred administering electric shock to themselves as opposed to receiving no stimulation and simply thinking! Could this result suggest that aversion to thinking has a gender bias? The researchers speculate that one of the reasons why thinking is so unpleasant is due to the focus on one's shortcomings and negative thoughts that come up when left alone.

In the past few centuries, Germany has produced great many thinkers like Karl Marx, Arthur Schopenhauer, Friedrich Nietzsche, to name a few. In comparison at this modern age, where do we stand? Are we happy with having a vegetative state of the brain? Perhaps our brain is taxed with a plethora of unnecessary information overload from the internet and therefore is too tired to think. A solution to this problem could be to train your brain! As the researchers say, past studies have shown that mind is a difficult place to control and one particularly is averse to steering one's thoughts in pleasant directions and keeping them there. Practicing yoga and self-mediation among other techniques would be quite beneficial in disciplining and controlling the brain. As Winston Churchill once famously said, "The empires of the future are the empires of the mind"!