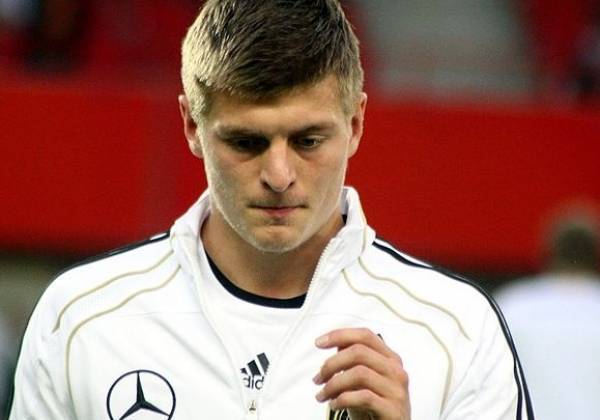 Germany threw away a four goal lead in one of the most incredible World Cup qualifiers to date. Despite leading the game for over an hour after a brace from Miroslav Klose and one each from Mertesacker and Oezil, Germany capitulated in the latter stages of the second half to share the points in a 4-4 draw.

The pre-match celebration in Berlin had the feeling of an opening ceremony to it and yet oddly, that seemed to suit the importance of the encounter. Sweden are Germany's biggest threat in Group C and yet remain a side that Germany expect to beat comfortably. For most this was the game set to decide who would top the group but for some, it was simply another opportunity for Germany to flex their muscles.

Lahm returned from suspension to replace an injured Schmelzer and Kroos started ahead of Khedira, who still hadn't recovered from his thigh injury. Sweden made four changes to their side from the one that scraped past the Faroe Islands last Friday.

Amidst a bubbling cauldron of atmosphere in the Olympic Stadium, Germany started with the same intent that they demolished Ireland with. Six minutes into the game, Reus was free on the left-hand side after being found by Lahm and the in-form Dortmund man crossed towards Klose, who nipped in front of the defender to curl in his 66th international goal. Sweden were overrun and struggled not just to get on the ball, but also to keep it. Seven minutes later, the away side found themselves two goals down. Reus worked two consecutive one-twos, first with Kroos and then with Mueller in a wonderfully fluid passage of play before once again finding Miroslav Klose in the box. The striker found the net at the second time of asking, leaving him one goal away from equalling Germany's all time record goalscorer, Gerd Mueller.

The collective fluidity of the team must have encouraged Loew, as his side left Sweden no chance to express themselves. Six minutes before the break and another slick German attack resulted in a goal. Mueller found himself unmarked at the back post and showed great composure to head back into the area, where Per Mertesacker drilled home on the half volley to give Germany a deserved 3-0 half time lead.

Holding such a dominant scoreline at the start of the second half allowed Germany to take their foot off the seemingly jammed accelerator pedal. Despite extending their lead to four after Mesut Oezil's fantastic volley shortly before the hour mark, Germany became complacent and were duly punished. The newly arrived Kim Kallstrom floated a beautiful ball for Ibrahimovic, who showed great technique to head past Neuer. Two minutes later and Sweden had doubled their tally. Kallstrom was once again the architect and this time Lustig took advantage of a misjudgement by Badstuber to fire in via Neuer. Germany started to crumble and when Boateng was found out of position on the right-hand side, Mertesacker failed to close down the cross quickly enough, allowing Kacaniklic enough time to find Elmander, who fired past Neuer to reduce the deficit to one. Five minutes from time, Sweden thought the chance to equalise had gone when substitute Sana fired over with the goal at his mercy after a mistake from Neuer. In stoppage time though, Ibrahimovic dubiously won a header against Mertesacker, allowing the ball to fall for Rasmus Elm who flashed a half volley past Neuer to complete the incredible comeback. Having gone four goals ahead, Germany failed to win an international for the first time in their history, something which will undoubtedly raise question marks over squad personnel and Loew himself.