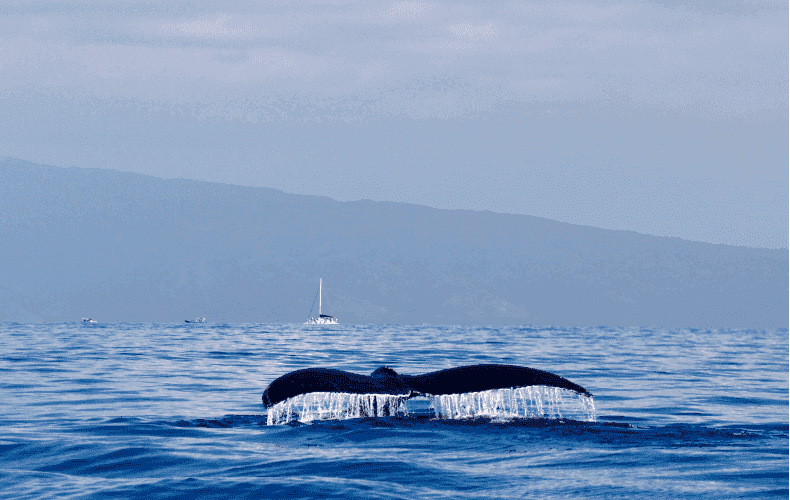 In recent years, whales have been hunted by Japanese whalers, at least officially, for research purposes only. After Tokyo resigned from the International Whaling Commission, commercial whaling is starting again today. This morning for the first time after 31 years a total of eight boats set sail for the hunt.

A maximum of 225 whales may be caught by the end of the year, so the current stock should not be endangered as the Japanese Fisheries Authority announced.

In the 1980s, the International Whaling Commission IWC had imposed a hunting ban for dwindling stocks. For years, however, Japan fought for the permission to catch whales commercially again, as it believes its stocks are sufficiently recovered.

A request from Tokyo was rejected by the Commission. After that, Japan announced its withdrawal from the IWC in December 2018. On Sunday, the withdrawal took effect after a six-month period.

Since 1986, commercial whaling has been banned internationally. Nevertheless, Iceland and Norway catch whales for commercial purposes, even though Iceland does not want to hunt whales this summer. With the withdrawal from the IWC, Japan joins these two whaling nations.

So far, Japan has used a loophole in the agreement which allows whales to be killed for research purposes. The meat of the killed whales was finally nevertheless used for consumption.

The members of the Convention on International Trade in Endangered Species of Wild Fauna and Flora (CITES) accused Japan in 2018 of committing commercial trade again with the introduction of various products from sei whales, thereby violating the Species Conservation Agreement

Proponents of commercial whaling see it as a possibility that the government's expensive and competitive whaling program will gradually come to a standstill in the face of changing times and tastes.

While the ships left the ports of the two whaling towns of Shimonoseki and Kushiro, whalers, their families and city officials celebrated the new start, hoping for a safe return and a good catch.

Contrary to the massive attention, high spending of taxpayers' money and political support from MEPs, only a few hundred people are involved in whaling. Whale meat accounted for less than 0.1 percent of meat consumption in fiscal 2017, according to recent data from the government.

Currently, Japanese eat an average of 30 to 40 grams of whale meat per year, equivalent to 4,000 to 5,000 tons in total. In the lean times after the Second World War, it was considered an affordable source of protein: in 1962, 223,000 tons were consumed. However, it was quickly replaced by other meat. In 1986, a year before the IWC whale moratorium, consumption was 6,000 tons.