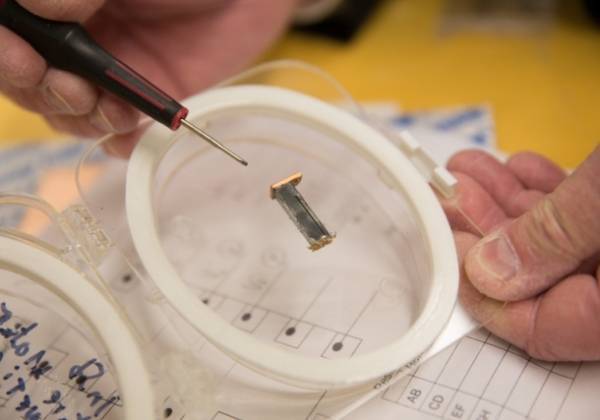 From power plants to car engines, from houses to laptops, pretty much everything we do and use disperses a lot of energy as heat.

Unfortunately, we have nearly no way of channeling it.

According to Professor Joseph Heremans, thermal scientist at Ohio State University, "all you can do is collect it with a conductive material. But you cannot control it: once the material's in place, that's it."

So, ultimately, most of the heat dissipates and is lost forever.

But if one could control the flow of heat, potentially we could reduce the waste, saving energy and resources.

Prof. Heremans and his team recently found what could be a key piece of this puzzle: they discovered that magnets could slow down heat fluxes.

At the basis of this phenomenon is the fact that magnetic fields change the flow of phonons.

Phonons are elementary oscillations at the atomic level.

They sound similar to "photons", and indeed play a role in the oscillation of atoms similar to that of photons in light.

Heat, in fact, comes from atomic oscillations. The atoms of any material, though kept in place by molecular forces, oscillate back and forth all the time, pushing and pulling on each other.

Phonons carry the oscillation---and thus the heat---from atom to atom through the material.

Hence they have been long studied in thermal sciences.

But, until now, nobody thought they had magnetic properties.

Prof. Heremans' group constructed a device, similar to a small tuning fork, made of a particular material (indium antimonide), which was cooled to almost absolute zero, then slightly heated from one side.

They measured the heat flux through the fork, then turned on a strong magnetic field (7 Tesla, about as far as MRI machines go) and repeated the measurement.

The explanation for this effect is that the magnetic field disturbs the electrons around the atoms---a phenomenon known as diamagnetism.

The disturbance sends the phonons out of sync, and so they start bumping into each other slowing down the heat flux. "That's a universal property of all solids," says Heremans, "So phonons are, in general, sensitive to magnetic fields."

These results were also confirmed by detailed simulations at the Ohio Supercomputer Center, which means the effect is now very well understood; so much so that the particular experimental conditions (like extreme temperatures or the particular material used) are no longer necessary.

"This was only for demonstration. Now that we understand how it works, we can design materials, by calculation, where the effect should be much larger," explains Heremans.

But the potential of the discovery goes further.

In fact, thermodynamics dictates that, if it is possible to modulate a flow (that is, slow it down), it should also be possible to steer it.

So, although the applications are far into the future, and Prof. Heremans prefers not to venture into speculations, his team may have opened the door for a whole new way of handling heat!