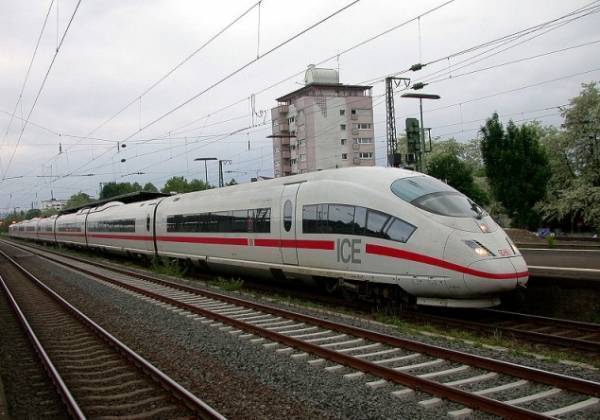 It should have been the glorious end of a long and expensive journey; after more than 25 years of planning, political discussions, building halts and continued construction, the new high-speed rail of the Deutsche Bahn (DB) between Munich and Berlin, which cost round about 10 Billion Euros, was finally inaugurated on December 8th 2017.

What was announced as the biggest range improvement in the history of German railway, unfortunately turns out to be a series of embarrassing mishaps and unfortunate events. While the two premiere trains with Angela Merkel and other political leaders and celebrities on board still rolled up as scheduled in Berlin's main station on Friday afternoon, another special train with 200 guests of honor arrived with after 2 hour delay in Munich on Friday evening. The reason for the delay being that the brand new automatic train system literally slowed down the passengers. Instead of speeding along the newly built rail lines at the promised 300 km/h and therefore reducing the travel time from 6 to 4 hours, the sprinter-train was forced to stop multiple times on the route - reducing the time saving from 2 hours to 5 minutes.

Difficulties on the showpiece route are persisting on the fourth day in a row since the regular start of operation on December 10th. Trains are late or cancelled, ignore scheduled stops and are redirected to the old tracks rather than the new high-speed rails. Technical faults are given as a reason, causing the DB group to be concerned and bringing in a task-force consisting of the train manufacturer Alstom. Alstom has technically equipped a total of 110 ICE trains with the automated "European Train Control System" (ETS) worth several million euros. ETS stands for the digitization of rail traffic, which used to work with analogue signals. Thanks to this system, trains on the new trail are almost running automatically due to sensors along the tracks communicating with them directly, making driverless rail traffic possible in future. Which makes it all the more important that this system works flawlessly.

Until the problem is solved, passengers have to expect further delays. All in all nothing new one might be tempted to say - except for the concession of DB to refund the full fare if the delay is more than 2 hours. According to their goodwill rule, they would only be obliged to refund half the price of the tickets.

While waiting for the train one could also use the time and dream of Japanese conditions, where the fact that one of the Shinkansen bullet-trains' average lateness of 54 seconds in 2015 caused the rail company to be seriously worried, and where the Tsubuka line in Tokio apologized officially for one of their trains leaving 20 seconds too early.


Well, after all the fuss about German engineering, how do they explain this international embarrassment? I feel for the poor guys :)