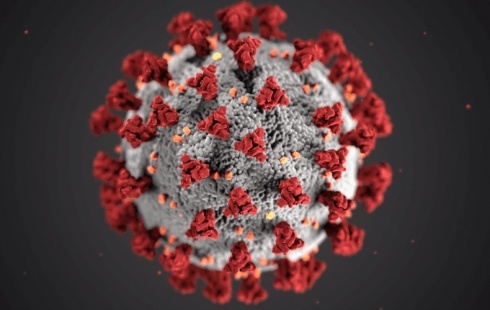 The German federal government and the federal states have today adopted Germany-wide "guidelines" to limit social contacts in the public sector.

Chancellor Angela Merkel (CDU) spoke in Berlin of "measures that have never existed before". They are drastic, but necessary to reduce social contacts and "slow down the infection process". She is very grateful that the federal and state governments have agreed on a uniform procedure.

Many of the steps that had now been decided nationwide have alreday be announced for Bavaria by Prime Minsiter Markus Söder in the morning - for example, the closure of pubs, clubs, leisure facilities, playgrounds and many retail stores. As in Bavaria, all stores nationwide that are necessary for basic services should remain open - i.e. "retail for food, weekly markets, pick-up and delivery services, beverage stores, pharmacies, medical supply stores, drug stores, petrol stations, banks and savings banks, post offices, hairdressers, dry cleaners , laundromats, newspaper sales, construction, horticultural and pet stores and wholesale". Sunday shopping bans are to be suspended until further notice.
However there will be futher requirements for these businesses: the opening of these facilities is subject to hygiene, control of access and avoiding queues.

Some other points also go beyond the Bavarian regulations. For example, massive restrictions on tourism are planned. Travel by coach should therefore be prohibited, and "accommodation offers in Germany should only be used when absolutely necessary and expressly not for tourist purposes". Chancellor Merkel added at her press conference that there should also be no vacation trips to Germany and abroad.

The nationwide guidelines further specify that meetings in associations, participation in offers from public and private educational institutions, as well as worship in churches, mosques, synagogues and premises of other religious communities should also be prohibited.

The restrictions for restaurants, cafeterias and restaurants are, however, tougher in Bavaria than in the nationwide guidelines: in Bavaria these facilities have to close at 3 p.m. at the latest; the nationwide guidelines set the closure time to 6 p.m. along with provisions for seat spacing for guests, regulations of the number of visitors, as well as hygiene measures and instructions.

According to Söder, the Free State of Bavaria will follow suit on the few points where the nationwide restrictions are more far-reaching.