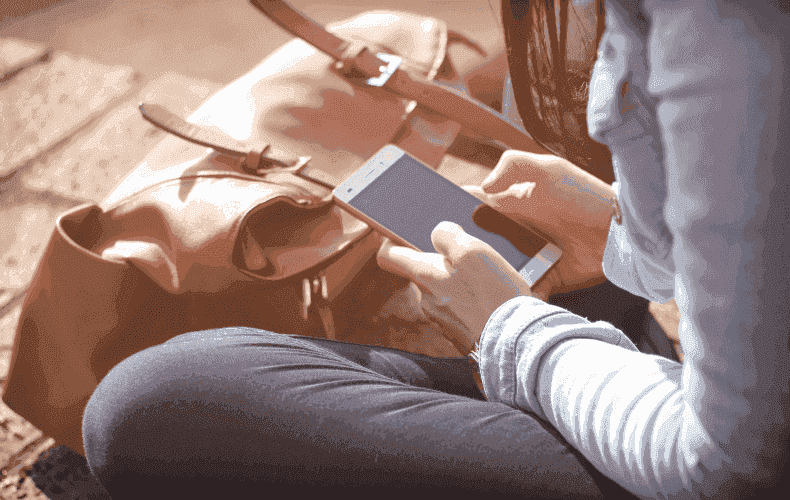 If you are reading this, chances are that you have a smart-phone in your hand. Most of us check our phones regularly to see what's new, visit websites, or to entertain ourselves with different apps. Well, there's a reason for that and science can help us understand what is happening. Developers use various techniques in order to keep your attention for as long as possible and to make you come back to their app or site.

Most people would think that staying too much on your phone is a bad thing and that might be true in some cases. It all depends on the circumstances. It is considered a form of wasting time and even if you wouldn't waste your time on the phone, you would probably find something else to fill your time with. So if you're OK with wasting it on the smart-phone (without impacting your life) then there's no problem. Things start to get worse when it's actually impacting your life in a negative way.

There's a key difference between watching TV and browsing the internet/apps for entertainment. When you watch TV, you get some entertainment that was chosen for you. When you're on your phone, you usually choose what to entertain yourself with. So it has became a competition of "Who can grab your attention more" between developers. This means that they have to use creative ways of grabbing your attention in order to make their apps/websites successful.

This is a really interesting one because I have also wondered why I get good content only every 5-10 posts. It turns out that it is a trick used by the biggest sites/apps including Twitter. I have played and still like to play online and I can confirm that it feels like they have a similar feel.

Basically when you are swiping down on the twitter feed, you get a loading circle and it gets you a bit pumped up about what you are going to get. This action feels very similar to the slots when you are spinning the wheel and wait to see your outcome. You hope to get something new and something that might interest you, but sometimes you do get it and sometimes you don't. It feels very similar to gambling.

Every time you open twitter you will see the white bird and a blue background. After a second or two the bird will pulsate and basically open the feed. This has the exact same effect like in the slot machines. It makes you wait for a bit to make you anticipate something good and then you will see the outcome. Facebook and Instagram also use this trick in a similar fashion.

Two Dots isn't the most popular app on the store but it does know how to make you come back. It literally changes its icon in order to attract your attention. Every day you will see different colors on the dots and that will most likes attract you because it's a change. They also use push notifications at 3 PM after the popular game "HQ Trivia" because many people might want to find other sources of entertainment and they'll notice the notification.

Snapchat has a lot of attraction, especially for teenagers. If you manage to send snaps to a friend many days in a row you will get a streak. So people like to keep this streak alive for as much as possible. It is a sort of bragging reason and it is important for teenagers especially since it shows how much they connect with certain people. Some people have kept their streaks even for years.

There are many other tricks used by developers to keep you in, but these were the most notable. Tinder, for example, makes their "love finding" app a game which can keep you in it for hours. You never know what you're going to get next so you keep swiping in hope for something good. Apps these days feel very similar to gambling and you got to pay attention to them so your life won't get impacted in a negative way.