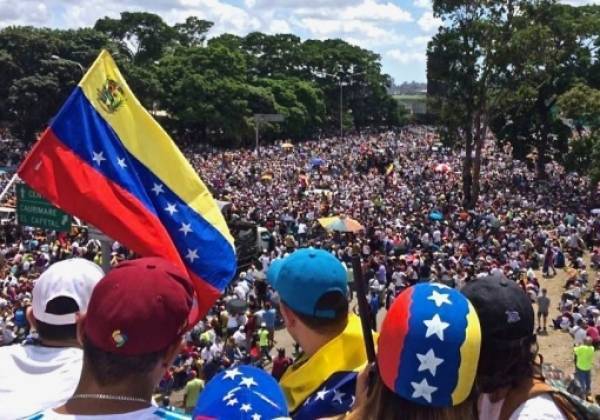 As Venezuela faces its most chaotic situation in its 216-years of history, both government and opposition prepare for their final battle: A 48-hours general strike starting today v. constituent assembly on Sunday. In fact, the next five days could mark either the end of President Maduro's Government or the beginning of his dictatorship.

While populist governments may be novel in American politics, they are well known in Latin America where the steps populist leaders usually take not only to attain but specially to retain power are increasingly predictable. First, populist governments get rid of the media and opposition leaders by using a wide range of methods, which, admittedly, vary from country to country depending on the respect for the rule of law. Next, populist governments direct all their efforts to control the judiciary either through strategic appointments or laws that diminish the judiciary's constitutional powers. Then, when populist speech cannot longer dilute reason and alter constituents' perception of reality, these types of governments use their most popular actions to favor those who can help them remain in power. Later, when the consequences of such actions appear, they get rid of the law, which is often done by promoting a new one introduced as the ultimate solution to the country's various problems. Finally, once they have succeeded in each one of these steps and the international community reacts, populist governments become dictatorships.

Venezuela's President Nicolas Maduro has made all the moves known in the 'Manual of populist leaders' to retain political power. Following his predecessor, President Hugo Chavez, Maduro offered a simple solution (i.e., nationalize the entire economy to redistribute its wealth among the population) to solve Venezuela's most complex problems (e.g., unemployment, corruption, famine, income inequality). In the end, however, such redistribution only took place among those close to the government leaving most Venezuelans facing a redistribution of poverty instead.

Once in power, President Maduro's first efforts were directed at blaming the media and opposition leaders for the country's political instability. This led Maduro to impose restrictions on the media, deport foreign correspondents, and imprison journalists and opposition leaders. Then, when Venezuela's population began experiencing starvation and the government started losing popular support, President Maduro did all he could to preserve the strategic structures behind his power (i.e., the military and appointed officials) by increasing their salary exponentially up to three times this year. In truth, wide spread corruption, a dying economic system, systematic human rights violations, and President Maduro's call for a rewrite of the Constitution forced Venezuela's opposition to promote protests, a 48-hours general strike, and a parallel legal-institutional structure -- including a non-official plebiscite -- which has led the country to an insurmountable constitutional crises depicting simultaneously two Attorney-Generals, two Supreme Courts (TSJ), and soon -- should the 48-hours general strike fail in preventing Maduro's attempt to form a constituent assembly -- two National Assemblies.

Accordingly, Venezuela's economy contracted more than 20% last year while its currency, the Bolivar, lost 99.8% of its value in just 5 years. What is more, Venezuela's inflation rate has passed the mark of 1000% while the country's foreign reserves worth now only $10 billion with an outstanding debt of nearly $7.2 billion and its oil production -- which accounts for 95% of the country's export earnings -- is at its lowest level.

Populist narrative is dangerous not for what it promises to obtain power but for what it does to a country once that goal is achieved. America knows now how populism starts; Venezuela, nevertheless, is a palpable lesson of what several years of populism can do.