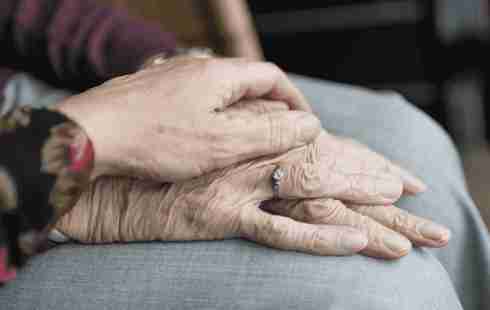 Whether out of pure charity or in return for payment - anyone who helps others commit suicide remains unpunished in Germany. That was the ruling of the Federal Constitutional Court last year, when it overturned the ban on commercial euthanasia adopted in 2015 - a radical decision, as SPD health politician Karl Lauterbach recently put it.

This means that any form of euthanasia, commercial or otherwise, is exempt from punishment. As before the ban, there is no legal framework for assisted suicide to which relatives of those willing to die or doctors could orient themselves.

Members of the FDP, SPD and Left Party want to change this before the end of this legislative period - and have now taken a decisive step forward. Their joint bill, which is intended to "legislate for the right to a self-determined death," has cleared the first hurdle in the parliamentary procedure.

Five percent of MPs support the initiative
"This week we received the final crucial signatures from fellow MPs, so we have rallied the necessary five percent of MPs behind our bill and can introduce it in the German Bundestag," says FDP politician Katrin Helling-Plahr.

38 members of parliament from the FDP, SPD and Left parties are behind the initiative, including, in addition to Helling-Plahr, the Social Democrat Lauterbach and the Left politician Petra Sitte. According to their wish, the Bundestag should make clear with the new law that euthanasia remains expressly permitted. Those affected are to be given easier access to counseling, but also to lethal drugs such as the sleeping pill sodium pentobarbital.

Union in orientation phase
With support for the inter-factional bill, pressure is mounting on the CDU/CSU to take a stand on the issue. The Green Party recently presented its own bill. This also provides for legal protection of assisted suicide, but differentiates whether those affected seek their death because of a serious illness or for other reasons.

The CDU and CSU have so far reacted rather negatively to the initiative of the FDP, SPD and Left, according to the inter-factional group. In the Union faction it is said in addition, one is still in the orientation phase. "Of course, we give the Union faction the time it needs for internal orientation," says Sitte. At the same time, one is "ready at any time to introduce the inter-factional bill into the German Bundestag," emphasizes Lauterbach. "However, we continue to strive for a coordinated procedure with the parliamentary executives of the democratic factions."

In the case of ethically difficult questions, it is customary in the Bundestag for factional discipline to be suspended. Also, the parliamentary procedure is usually preceded by an "orientation debate." However, FDP politician Helling-Plahr is prepared to deviate from this practice if the CDU/CSU does not budge: "If the CDU/CSU is obviously playing for time, we will introduce our bill without an orientation debate and without consideration for the CDU/CSU parliamentary group."