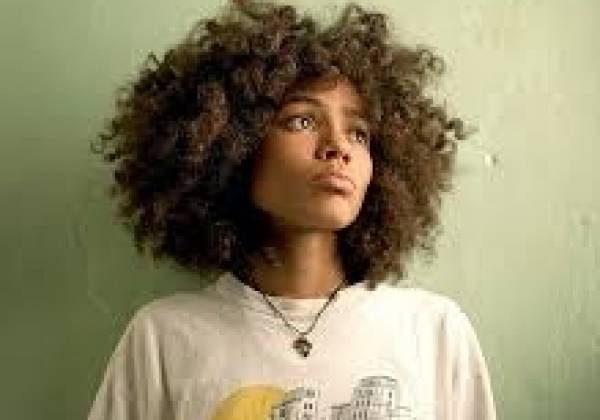 Nneka's soul is heavy and her music intriguing. The Nigerian-born and Hamburg-based artist spends 300 days a year on tour, so Munich's music scene could enjoy her concert on March 31st in Muffathalle. And even though the hall was half empty, it was also half full with a positive looking audience that came to see a special musician.

Since 2005, she has released 5 studio albums - "Victim of Truth", followed by 3 years later "No Longer at Ease" which reached number 31 in Germany, "Concrete Jungle", "Soul Is Heavy" (2012) and her latest work from 2015 - "My Fairy Tales". Listening to her lyrics and seeing her live, one could tell Nneka doesn't waste time in any hollow stage performances; she addresses social injustice and political issues in Nigeria and Africa, and xenophobic tendencies in Europe, right there and straight forward. Her songs carry heavy messages against governments and social systems, which could be easily caught in her 2 most popular EPs "Heartbeat" and "The Uncomfortable Truth". All this, in fusion with African beat, Jamaican reggae and hip-hop, grants her her very own place on the shelf of world music.

Nneka's influences stretch from Lauryn Hill, to Bob Marley, although she is quite often compared to other eccentric strong women in the R&B and Soul scene, like Erykah Badu, Macy Gray and Neneh Cherry. Nneka's songs call for unity and scream against oppression and civil terror in her homeland Nigeria, and by addressing all those hatred and deception topics, she actually aims to achieve only love. Her singing languages are both English and Igbo, and seeing her live on stage she seems to have electric movements. In Muffathalle, she appeared with a scarf-covered head, her singing more resembling chanting, as if she was trying to hide or protect herself from the world. And once heard her smoky voice, we knew Nneka had an inspiring story to tell.