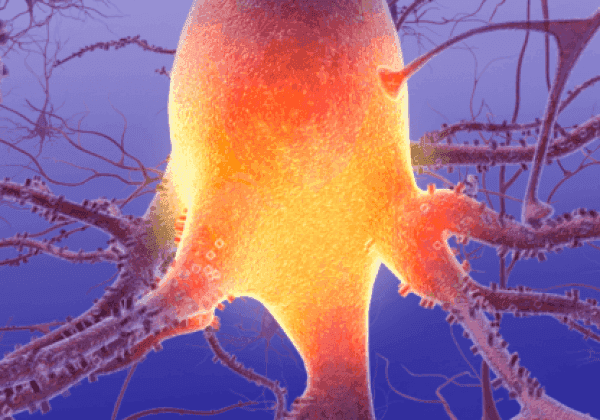 Alzheimer's disease (AD) is a brain disorder that involves loss of memory and intellectual abilities, especially in older adults aged 65 and above. The symptom for AD begins slowly, worsening over time, thus interfering with the daily tasks of the patient. According to the organization of Alzheimer's Association, the disease ranks sixth as a leading cause of death in the United States. The World Health Organization estimates the number of people living with this disease around the globe at 35.6 million and projects a doubling of the number by 2030. Many of these patients are somebody's loved ones and unfortunately AD not only affects the patients but also their caregivers. One cannot emphasize the grim statistics of AD but we are yet to understand the basis of what the disease does to the human brain and find an effective cure.

Several past studies have shown that the main hallmark of AD is the loss of irreplaceable nerve cells in the brain, resulting in empty spaces called plaques. Till date, it is believed the reason why you lose memory is because you lose the cells that store the memory. In order to appreciate the problem of AD, it is important to understand how do brain cells communicate. Remember, how a particular perfume reminds you of your grandmother or your very first date? Memories stored in different parts of the brain communicate via connections between nerve cells. The connectivity among nerve cells is similar to the electrical wiring in your apartment. Communication in the brain takes place in the form of electrical signals. But in order to route the electricity, you require a junction box. One such junction box in the brain consists of a particular cell type called astrocyte. A scientific team from Huck Institutes of Life Sciences, The Pennsylvania State University headed by Dr. Gong Chen has made an exciting new discovery that excess accumulation of a certain chemical compound (gamma-amino butyric acid-referred to as GABA) in astrocytes results in memory loss.

The researchers use a genetically engineered mouse model for their study. They recreate the human version of AD in mouse by introducing 5 mutations in key places of genes causing AD. Researchers use the mice to find that in certain places of the AD brain, there is excessive accumulation of GABA, which would not occur in a normal brain. In a normal brain, GABA is quite essential as it is involved in suppressing over-excitability between nerve cells. This in biological terms is called inhibition. But in the case of the AD brain, astrocytes are where GABA is present in high concentrations. Astrocytes normally act as a node to pass the electrical signals. Excess accumulation of GABA, results in inhibition of electrical signals thereby causing loss of memory, where in the patient cannot recollect or connect events.

What was the original motivation behind this discovery? Dr. Chen says "Because many other studies targeting plaques have failed clinical trials!" The researchers also verify these results in human brain tissue from post mortem AD patients.

Dr. Chen and his team report that the reason why previous clinical trials have failed is that probably the drugs were only targeted at minimizing plaque production and not at controlling downstream reactions such as excessive GABA release triggered by plaque formation. Although, the recent discovery by Dr. Chen's group provides a critical insight into the cause of AD, Dr. Chen errs on the side of caution and says there is more to be done. In future, he would like to, Dr. Chen says "Identify more novel drug targets for AD and develop a cocktail method to treat AD. I don't think a single compound will cure such complex brain disease such as AD". But at least for now, one can hope that, these new findings would prove quite beneficial to drug/pharmaceutical companies in developing novel therapeutic measures targeting excess GABA reduction in a brain afflicted with AD.