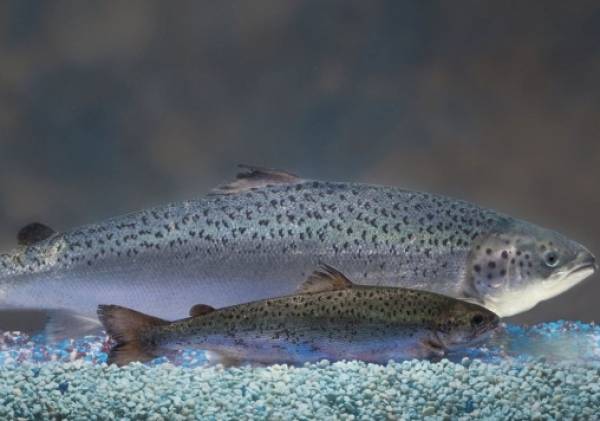 Love them or loathe them, Genetically Modified Organisms (GMOs) are very much part of modern life.

A simplistic example, crossing a horse known for speed with a horse of desirable coat colour would ideally give you a fast horse with the desired coat colour.

Of course, this form of artificial selection does not always work out exactly as planned every time. This is where GMOs step in.

Today we can insert genes from one species into a completely unrelated species through genetic engineering.

This is like taking the instruction manual from a Ferrari and using it to re-form a Smart Car if you wanted to create a Smart Car with the power and speed of the Ferrari.

Genetically modified (GM) crops have been developed to resist disease, weeds and pests. This creates a more efficient use of land and requires less use of herbicides and pesticides.

Additionally, with the help of genetic modification, we can create more food to feed more people.

However, there is concern that new allergens could be present in GM-foods, which could be potentially harmful to humans.

There is also apprehension that GM-pollen being blown across fields to cause effects on non-GM plants or become contaminated with unwanted flora and create 'super-weeds'.

GM-animals have also been introduced to the dinner plate. Take the AquAdvantage Salmon, created by AquaBounty Technologies, for example.

Recently, US regulators have given permission for this genetically modified salmon to be produced for human consumption.

A spokesperson from the FDA stated that 'Based on sound science and a comprehensive review, the FDA determined that food from AquAdvantage Salmon is as safe to eat and as nutritious as food from other non-GM, farm-raised Atlantic salmon.'

The genetically modified Atlantic salmon has had growth hormone genes from the Chinook salmon and the Ocean Pout added to it.

This interferes with the natural growth cycle of the fish resulting in the genetically modified fish growing to market size in 18 months rather than 3 years.

This also means that the fish continues to grow all year round rather than just spring and summer.

There have been studies that highlight the problem of releasing genetically modified fish with wild or 'normal' fish. It has been shown that GM-fish growing with a wild population produce less viable offspring that can propagate and may eventually threaten both the GM population as well as the wild population.

Now that the first GM-animal for human consumption has passed FDA regulation, there has been much speculation as to whether there will be an increase in production of GM-animals for food.

Professor Helen Sang from the Roslin Institute at the University of Edinburgh has commented, 'The fact that it has taken so long for the AquaBounty salmon [to get FDA approval] has had a negative effect on researchers [and] companies considering taking a GM-animal through the regulatory process so there is likely to be a lag before many come through.'

Not surprisingly, GM-crops have also made their way into the pharmaceutical industry and medical research.

In a process commonly known as 'bio-pharming', scientists have created the ability to develop life-saving medicines and vaccines using GM-plants.

Imagine a field of potato plants. Now, imagine that each tuber contains proteins from the deadly bacteria that cause Cholera.

Don't panic - although this sounds alarming, the ultimate goal of these potatoes is to deliver life-saving vaccinations.

The potatoes each contain a bacterial protein that researchers hope will make the uptake of orally administered vaccines more efficient.

The 'Cholera Potato' has paved the way for more effective delivery of oral vaccines produced in other transgenic plants.

In 2006, the field trial of these potatoes were the first time that pharma-plants have been grown in Germany outside of a greenhouse.

The phrase 'a potato a day keeps cholera at bay' may yet become as popular as the original 'an apple a day keeps the doctor away.'

Drugs currently being manufactured in crops include, anthrax, plague, influenza, hepatitis C and lymphoma just to name a few.

With the debate raging about the widespread use of GMOs, one field has been utilizing this technology to very good use. GM-animals have been extensively utilized for research purposes.

Genetically engineered mice are commonplace in most research institutions around the world.

They have been used to model human disease and answered experimental questions that other systems could not.

As theories are developed in human and cell culture systems, engineered mice provide the most tractable and accurate test of their validity in living systems. Professor Ronald Evans of the Salk Institute has used genetically modified mice to great effect in the study of diabetes.

Evans' team have developed two novel approaches for potentially treating diabetes that would not have been possible without the use of GM-animals.

Genetically modified animals are vital for research of human disease and play a pivotal role in both increasing our knowledge on any particular disease as well as drug development.

With both GM-plants and animals used for drug development and medical advancement, there is always the concern that 'big pharma' will claim ownership of the organisms they create and not share them for a reasonable cost for public benefit; or that private companies then create GMOs to fill any demand quickly, without proper testing and with increasing short-cut taking.

With all of this information, it is easy to get engrossed in the buzz and excitement of GMOs.

It's really simple to get caught up in the 'sky is the limit' thinking. But it would be incredibly naïve not to think about the potentially devastating consequences that some GMOs could have - or worse still - the deregulation of GMOs altogether. Remember the cause of the 2008 financial crisis?

Professor Brian Wynne from the University of Lancaster has commented that 'my greatest concern. . . is the political economy of this technology which. . . increases the private ownership of the key resources of the global food chain into very few private corporate agents, whose main aim is just monopoly control and not food security for all.'

The crux of the GMO problem is that there is not consensus across industry, government and independent research as to how GMOs should be regulated.

There is not significant evidence to support the safe consumption of GMOs and equally there are not detailed enough investigations to hamper the production of further GMOs.

Until this happens, there will continue to be a battle of the sides between those who are for and against GMOs.

There will continue to be conflicting evidence thrown from camp to camp.

And there will continue to be those of us who are left in confusion to muddle through what evidence there is and try to make an informed decision for ourselves.

GMOs, fear them or embrace them, it looks like they are here to stay.