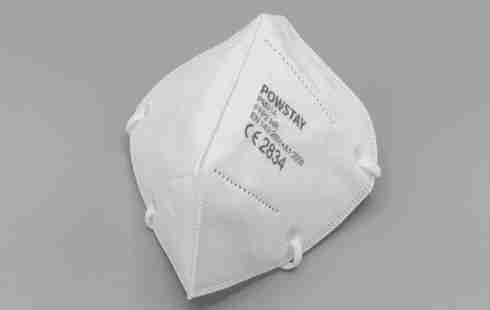 "Too short term", "expensive", "not affordable for many": Bavaria's cabinet has not given enough thought to poorer people in its decision to make FFP2 masks compulsory for access to shops and local transport, according to associations and the opposition.

There was much agreement on the matter - but at the same time clear criticism of the Bavarian state government's approach: Social and welfare associations as well as politicians from most opposition parties support the introduction of a FFP2 mask requirement for retail and public transport, but call for support from the Free State, especially for people with low incomes.

While the new Bavarian Health Minister Klaus Holetschek (CSU) does not see the cost of the masks as a problem for the population, the associations and opposition politicians unanimously demand that the state government keep the financial burden on people in mind.

The social association VDK Bavaria, for example, is basically in favour of using higher-quality masks in the future. "However, we call on the Bavarian state government not only to issue regulations, but also to create quick and unbureaucratic solutions for the procurement of such masks for people with low incomes," VdK state director Ulrike Mascher told German media outlet, BR24.

The Bavarian branch of Caritas also considers the planned obligation to wear FFP2 masks to be sensible, but Director Bernhard Piendl warned: the masks must not become an object of speculation and must remain affordable for all. "Policymakers must therefore pay very close attention to ensuring that social participation and the provision of essentials do not depend on income." FFP2 masks should therefore be freely available for particularly low-income and socially isolated target groups, for example the homeless.

Diakonie Bayern also called for additional support for people affected by poverty. "However, ten euros for three masks is not easily affordable for people on Hartz IV benefits," said Sabine Lindau, Director of the Diakonie. She pointed out that not least the Federal Institute for Drugs and Medical Devices also recommends a one-time use of the FFP2 masks. "A one-time expenditure of a few euros, as indicated by the state government today, is not enough."

A Diakonie spokesperson explained that the Hartz IV standard rate, which has been in effect since January, includes 17.02 euros for health and hygiene. That would not get us very far. One way could be to provide poorer people with FFP2 masks free of charge - analogous to the distribution of free masks to risk groups. For example, a Hartz IV certificate could be presented as proof.

The leader of the Bavarian Green Party, Katharina Schulze, tweeted that FFP2 masks are very useful for fighting infections. But if the government mandates FFP2 masks, she said, it is their responsibility to "make sure there are enough and that they are given free of charge to people who can't afford them." Dieter Janecek, a member of the Green Party in the Bundestag, expressed similar views. He said it was a good approach to make FFP2 masks mandatory. "However, cheaper variants are needed. I was in the pharmacy today: 5 euros a piece, no choice. That is not affordable for many."

The prices for FFP2 masks vary greatly in some cases. In random samples taken in Munich pharmacies, the cost per mask varied between four and six euros.

The FFP2 mask obligation in shops, buses and trains is to come into force on the 18th Jan. The age at which it will apply will be clarified by then, the state chancellery said when asked.

In contrast, Horst Arnold, chair of the SPD parliamentary group in the state parliament, argued that the current price of 4 euros per mask was "not little for some". Those who demand the wearing of an FFP2 mask must also ensure "that enough masks are available". Bavaria's SPD Secretary General Uli Grötsch also pointed out that FFP2 masks were not affordable for everyone. "We urgently need a solution for weaker income groups, with vouchers and financed through the health insurance funds."

The SPD health expert in the state parliament, Ruth Waldmann, called on the state government to provide FFP2 masks for the entire population. FFP2 masks make absolute sense, she said. Nevertheless, the measure "once again comes as a complete surprise and at far too short notice". The population is being thrown in at the deep end. "Why is something like this not prepared in the long term and communicated to the population?"

According to FDP health expert Dominik Spitzer, the FFP2 mask requirement for buses and trains should have come much earlier. "It has been known for months that FFP2 masks protect much better against infection than conventional mouth-nose protection or everyday masks," he said.

His parliamentary group had already demanded a corresponding order for public transport in October via an urgent motion. "With the addition: the masks should be free. We are still demanding that." Low-income earners who have to go to work by bus and train should not suffer any disadvantage. Wearing such a mask is expensive. "And with the new regulation, the prices for FFP2 masks will certainly rise."

AfD health expert Andreas Winhart said that the new measure was "only easy to implement in Söder's world of thought". The fact that hundreds of thousands of citizens now have to dig deep into their pockets every day to comply with this regulation does not seem to interest the state government. "This will be a financial burden especially for students and working people, not to speak of Harz IV recipients who will now have to put on an expensive mask for every visit to the supermarket."