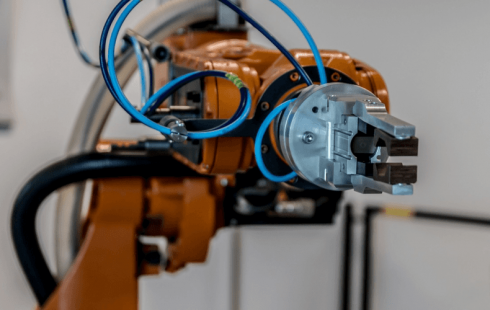 Bavaria's Prime Minister Markus Söder (CSU) has presented a two-billion-euro program to expand research and innovation in Bavaria in his government statement. A network on artificial intelligence, the refurbishment of several universities, more quantum technology, the recruitment of top international scientists, more research on alternative drives and more universities of excellence - all these are goals Söder mentioned in his government statement today, October 10th 2019.

Söder explained that the program is about "beaming" the Bavarian state into the future. Initially, the program was estimated at EUR 1 billion. Now twice as much is planned by 2023 - which is why the reduction of the Bavarian national debt is to take place at a much slower rate than previously planned. Instead of up to EUR 1 billion a year, EUR 50 million is now to be repaid every year. Other state government programs are thereby not in danger, the prime minister said.

According to Söder, 10.000 new study places are planned in Bavaria as part of the proclaimed high-tech offensive, 5.000 of them in computer science. 1.000 new professorships are also to be created, 100 of them in the field of artificial intelligence (AI). The Bavarian AI Centre will be located in Munich, with 22 new chairs. AI professorships are also planned in Würzburg, Ingolstadt and Erlangen.

Robot prostheses, care robots, drones, autonomous driving and flying - these are areas that Söder mentioned with regard to the possibilities of using artificial intelligence. Söder also envisages a Bavarian AI factory with robots that can be remotely controlled by companies or employees via the Internet, which would be unique in the world according to Söder.

A further EUR 400 million will be spent on a 'SME offensive' to help companies achieve digital change. The so-called digital bonus for companies will therefore be continued, and there will also be additional support for start-ups in order to keep them permanently in Bavaria.

The aim of the "Hightech Agenda Bavaria" is to ensure that Bavaria can still play in the Champions League in ten years' time, explained Söder. Bavaria has to face up to global competition for the brightest minds and technological dominance. The Prime Minister also referred to China, which is investing 150 billion euros in artificial intelligence in the coming period.

However, the Prime Minister conceded that mobile phone coverage, for example, is still lacking in Bavaria and therefore "one of the embarrassments of Germany". Söder explained that every mobile phone mast desired by the municipalities will henceforth be financed by the state.

Earlier this year Söder had already announced the construction of "lighthouse projects" on artificial intelligence as well as in the areas of health, mobility or robotics. The concept presented today was therefore developed in a process lasting several months, including the participation of all university presidents and all the presidents of the Chambers of Crafts.