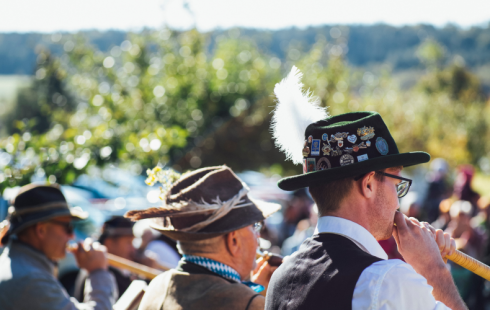 Upper Bavaria is still a popular travel destination. A study by the tourism association now shows: the rural regions are recovering from the Corona-crisis and summer tourism is in full swing, while Munich is still suffering enormously.

Due to limited air travel and the fact that many people prefer to spend their vacations at home this year, summer tourism is booming in the rural regions of Upper Bavaria. In many places there are even more tourists and day trippers than in previous years.

However, the situation for tourism in the greater Munich area is quite different. Especially there, many tourist and gastronomic businesses are threatened in their existence.

The biggest challenge for tourism will be dealing with the lack of trade fairs in autumn. According to the Tourism Association, the state capital and the greater Munich area would suffer enormously from the cancellation of the exhibitions and the lack of business travelers.

"Munich earns up to 40 percent from the business tourists. Trade fairs, like Bauma, even have an impact as far as the rural areas due to the overnight stays they bring with them. If these fairs fail, Munich has no overnight stays and no business to record." Klaus Stöttner, president of the tourism federation Upper Bavaria Munich registered association.

According to DeHoGa spokeswoman and vice-president Jutta Gries, the existence of around 40 percent of all gastronomic or tourist businesses is currently under threat - in addition to bars and nightclubs, especially congress hotels in urban areas.

Many family businesses in rural areas have also used the crisis as an opportunity, according to Jutta Gries of the Hotel and Restaurant Association. Often, during the lockdown period in spring, they renovated and modernized or used the time to adapt to digital developments.

As family businesses often do not pay rents because the properties are privately owned, they are less affected by the Corona crisis than large hotel chains or businesses in the greater Munich area.