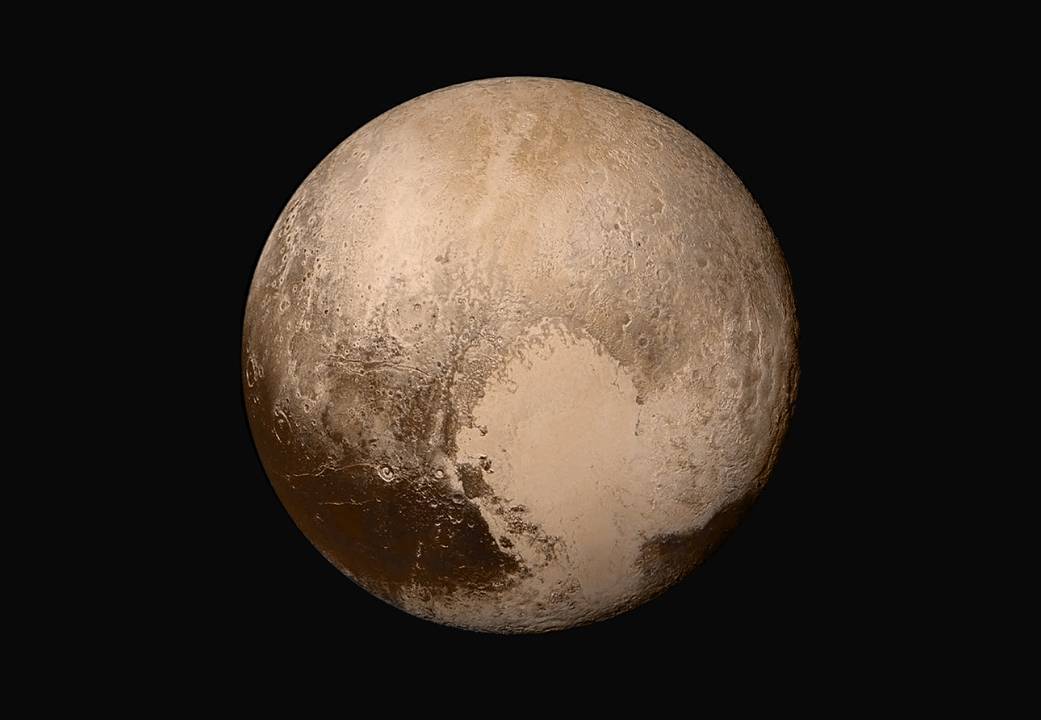 "This mission has been a big success," says Professor Andreas Burkert, an astrophysicist of the Ludwig-Maximilians University of Munich, not affiliated with the project, "one has to congratulate the team for their excellent job."

Because the probe was traveling at almost twenty kilometers per second, it was too fast to orbit around the dwarf planet, and it had to take pictures and perform thousands of measurements while zipping by.

Being so busy, it could not make contact with Earth until a few hours after the flyby was over.

During the previous days, New Horizons sent some first, exciting close-ups of Pluto, the most famous of which showed, on the planet's red surface, a charming heart-shaped region, informally named after Clyde Tombaugh (who discovered Pluto in 1930).

After July's flyby, the probe erupted with data and new incredible images.

Though all results are still preliminary, they already shook some preconceptions about Pluto and Charon, its largest moon.

Most strikingly, both bodies have very few craters on their surface, so they look quite young.

Prof. Burkert says this was surprising: "I considered Pluto a dead frozen piece of rock." Like many others he thought "[it] had stopped evolving a long time ago, giving us insight into the early phases of our planetary system."

One possible cause of Pluto's unblemished surface is the glaciers of nitrogen, methane and other exotic ices that flow on it, like glaciers do on Earth.

Also geological activity can regenerate the surface, and it explains the recent formation of the mountain ranges up to 3000 meters high we see in pictures.

Impressively enough, these mountains are made almost entirely of water ice, which is as tough as rock in this cold outskirt of the solar system (the average temperature on Pluto is -230 degrees).

Therefore, lots of water ice must hide near the surface, and the layer of frozen methane, nitrogen and organic compounds---what gives Pluto its reddish shade---is but a thin veil over that more substantial bed.

The superficial ices snow down from the atmosphere during Pluto's glacial winter. In summer, when the planet moves much closer to the Sun, ices sublimate (turn to vapor) and return to the atmosphere---as if the surface breathed materials in and out.

Seasonal snows can cover craters, contributing to the young look of the surface, while dispersing and separating materials.

This would also create some of the diversity of composition observed between different regions.

The work is far from finished: very recently, New Horizons beamed back less than 10% of its hard disk's contents.

NASA estimates that the full download will take about a year and a half, during which current results will steadily improve.

New results will spring up too, "Maybe we can find evidence for [Pluto and Charon's] mutual gravitational interaction as a binary dwarf planet," says Prof. Burkert. "That would be very exciting."

The download will be suspended in August, while the team decides where to dispatch the probe next.

New Horizons, in fact, has some fuel left and it could visit an object in the Kuiper Belt (a ring of small, icy bodies similar to Pluto at the periphery of the solar system) sometime in 2019.

Even if the postcards from there were only half as good as those from Pluto, we'd be in for a treat!