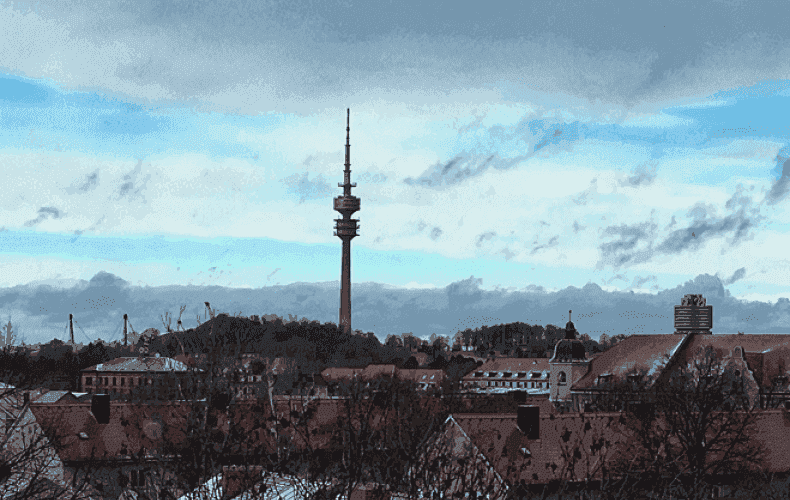 Munich's Olympic Tower was opened exactly 50 years ago - on February 22nd 1968 - for the first time. With its exactly 291.28 meters, it is to this day the tallest building in the city and characterizes Munich's skyline.

Originally designed and built as an outright television tower, it was renamed to the Olympic Tower and integrated into the Olympic Site only after Munich was chosen as the venue for the Olympics in 1972.

So far approximately 43 Million visitors have enjoyed the matchless view over Munich and towards the Alps from atop the observation deck and/or the revolving restaurant.

The anniversary is celebrated with many attractions and activities in and around the tower. The big birthday party "Olympiaturm goes 50" will take place on Sunday, February 25, from 10am to 5pm. On this day, the price for the elevator ride up the tower, at 7 meters per second, will be that from 1968 - the equivalent of just 1 Euro. This opportunity can be used for a tour behind the scenes (10am and 2pm, registration by phone required at 089 3067-2414) or a visit to the exhibition about the historical building.

When the tower celebrates its 50th birthday, the Rock Museum of course is also taking part. Museum founders Herbert Hauke and Arno Frank Eser will offer witty tours of the small but exquisite exhibition (11am, 2pm and 4pm), and there will be a live performance by Claudia Cane & Band at 3pm.

At the foot of the Olympic Tower, fun is guaranteed for both actors and performers when people try their luck on the "Rodeo-Tigerduck" put up by AOK Bayern.

Good vibes are also provided by a DJ from Radio Gong 96.3. The Munich radio station will additionally set up their Carpool-Karaoke-Mini in the park.

You can find more information on https://www.olympiapark.de/de/veranstaltungen-tickets/unterhaltung/detailansicht/event/5430/50_jahre_olympiaturm/.


I thought it was old. I wonder what the lifespan for a building like this is and how they will dismantle it when the times comes.