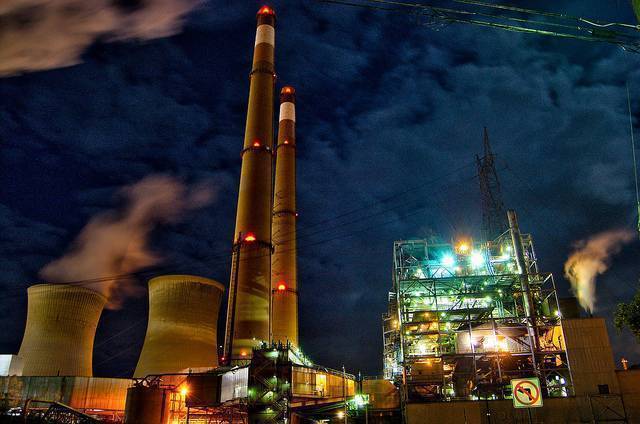 With an ever-increasing energy demand, the use of fossil fuels is steadily on the rise.

But so are air pollution and the concerns over its consequences on our health.

Air pollution, in fact, increases the risks of asthma and heart attacks, as well as the overall mortality rate.

However, according to a group of scientists led by engineers from the Georgia Institute of Technology, fossil-fuel-based power plants could minimize their health impact in an affordable way.

All it takes is some smart coordination.

The scientists developed a method to analyze the energy production in an area, predict where emissions from each power plant are headed, and how hazardous they can be in the following hours.

According to Prof Matthew Realff, one of the co-authors of the study, the goal is ultimately to find "the best way to operate the power plants to minimize both the health impacts and the operating costs."

So if, for example, the emissions from a coal plant (very cheap to operate, but very polluting) threaten a city, the model can find the best way to shift the production load to other facilities that use cleaner fuels (usually more expensive).

Coordinating a complex network of power plants is already a tall order.

To complicate things, the severity of air pollution effects depends on highly variable factors, like sunlight, temperature and wind.

"Power plant emission plumes are not unlike clouds and travel with the wind," says Paul Kerl, another co-author. "Atmospheric chemistry also dictates where, how and when pollutants form downwind of an emissions source."

Accurate mathematical models of air quality exist, they take all the factors into account, but their calculations take painstakingly long.

Thus, the researchers had to devise an ingenious simplification of the full model, sacrificing just a little accuracy, but speeding up the calculations immensely.

"We can compute the solution ... in a matter of seconds to minutes," says Realff, "whereas the original model takes ... a day or so."

The approach was tested using data of the power grid in Georgia between 2004 and 2011.

In this study, published on the Proceedings of the National Academy of Science, the researchers compared the total cost (combining production and health costs) that their approach would have produced during that period with the actual emissions and energy production.

They estimate that their system would have cost $83 million to operate, but would have saved more than twice as much in health expenses ($176 million).

In the wake of these successful tests, the team is looking to apply the model.

Policy-makers might be the great beneficiary- as Kerl says, "the model could be applied at larger scales such as nation-wide for policy guidance purposes".

In particular, adds Realff, "we are interested in the ability to design policies to encourage industrial behaviors that reflect the true cost of pollution."