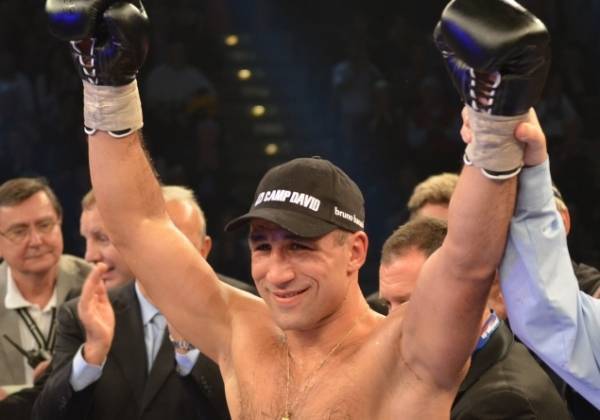 With blood making its way into his right eye from a cut on the eye-lid, Bouadla was unable to continue with full sight and so it was left to referee Mark Nelson to wave off the bout and hand Abraham his first successful defence of the title he won in August.

Many had written Bouadla off as a tame opponent that Abraham would make light work of. In fairness though, the Frenchman put in a spirited performance and actually looked like he wanted to win. He put up a decent fight and looked far busier than the champion for most of the bout.

The first couple of rounds were about Abraham marking his territory. Perhaps his intention was to let his opponent feel his power early on and pick him off in the later rounds.

For the majority of the contest Bouadla was holding his own. Not winning rounds but being active enough to keep people guessing whether he could find something special to unleash. Round seven was the beginning of the end for Bouadla's world title ambition. Having already absorbed some big punches, a devastating uppercut left him with a deep cut on the eye lid that the ringside doctor was initially called to assess.

He fought on into the eighth round but was helpless to defend himself against the onslaught Abraham was dishing out. After taking a barrage of big blows to the head the fight was stopped and Abraham was declared the winner.

The champ had clearly put in the 'gym hours' to keep hold of his belt. His condition looked good and even trainer Ulli Wegner lavished praise on him for his dedicated preparation. Bouadla looked more like a middleweight and had previously fought as one when he claimed the WBA international middleweight title in 2011. In the post fight press conference his manager indicated that he will likely move back down to 160 which, due to his stature, he does seem more suited to.

Naturally one now wonders who will attempt to dethrone 'The King'. Robert Stieglitz, the man who lost the belt to Abraham in August was ringside in Nuremberg with his promoter Ulf Steinforth and could be offered a rematch. Another contender is Londoner George Groves who was originally lined up to fight Stieglitz in May but was forced to pull out through injury. After stopping American veteran Kevin Johnson in London on Saturday, he too might be offered another world title shot.

Mikkel Kessler is another top class name being batted around but with Abraham being from the same stable, it's unlikely that they will be pitched against each other. Besides, it's no secret that IBF champion Carl Froch has got the Dane firmly in his sights for early next year.

On a packed undercard, WBA intercontinental champion 'Golden' Jack Culcay beat another Frenchman, Jean Michel Hamilcaro, by fifth round TKO. Culcay now finds himself in the world's top 25 light-middleweights and dreams of facing the best in the division. That means the likes of Floyd Mayweather or Manny Pacquiao but it's unlikely to happen any time soon. A European title is much more likely and after Brian Roses' third defence of the Lonsdale belt, those two could make an intriguing match. 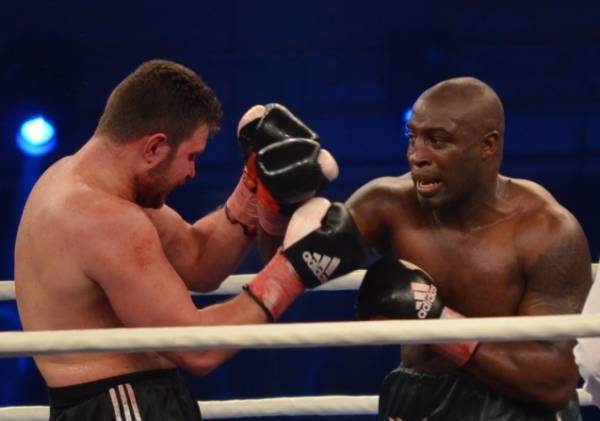 Polish cruiserweight Mateusz Masternak was made to work hard to win the European belt, edging out the robust Finn, Juho Haapoja by unanimous decision. The surprise of the evening was in the heavyweight rematch between Germany's number one ranked slugger Edmund Gerber and Britain's Michael Sprott. The Reading man took his foe twelve rounds before the judges gave their verdict by majority decision and Sprott was declared the winner. The victory was made all that bit sweeter by the fact that Sprott, a former British and Commonwealth champion, was the first to spoil Gerber's unbeaten record.

Tyron Zeuge, Enrico Kölling and local youngster Wanik Awdijan also picked up wins to bolster their professional fight records. Zeuge made easy work of ageing Vasile Dragomir, hurting the Romanian with body blows that knocked the stuffing out of him, leaving him completely unable to recover. Kölling had the toughest challenge by overcoming Attila Baran in six rounds while the most entertaining match-up was the four rounder between Awdijan and Achilles Szabo.

This proved to be yet another action packed night of boxing promoted by Sauerland and it definitely left the crowd more than satisfied by the end of the night.

Tony Mayger is a sports reporter for The Munich Eye Sports. Email TMT Sports at sports@themunicheye.com